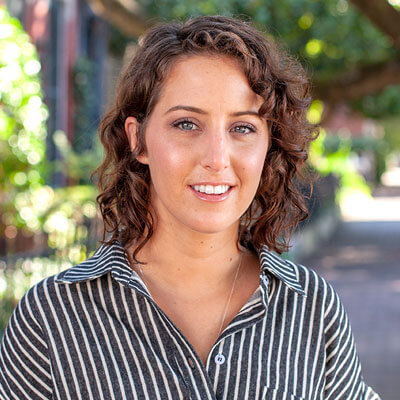 When not hanging out among the social spaces, you’re likely to find Chelsea outdoors with her long-hair/wire-hair mixed Dachshund puppy “Pickles.”

Pirate vs Ninja: Who wins and why?
Ninja, easy. Ole Peg Leg won’t even see him coming!

What’s your game plan for the Zombie Apocalypse?
Die first and don’t worry about it. I’m not eating brains.

What’s the weirdest thing that’s ever happened to you?
I was almost abducted at a secret vineyard in Italy. That’s all I can tell you.

Is there something you’re not telling me?
I was pooped on by a bird on Thanksgiving – which was also my birthday.

If you could have any super power, what would it be?
Teleportation. Am I going to the grocery or Japan? You’ll never know.