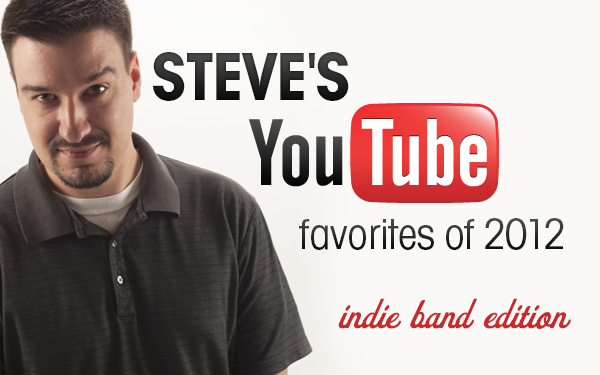 It’s hard to believe this is the third edition Steve’s YouTube Faves. When I began this tradition back in 2010, the world was far different; Barack Obama was president, the economy was in shambles and you weren’t cool if you didn’t own the newest iPhone.

Needless to say a lot has changed since then, but one fact has remained: YouTube has continued to grow by leaps and bounds, further cementing its position as the world’s leading archive of groin-injury footage.

Consider this: In 2010 users uploaded an average of 24 hours of footage per minute to YouTube for a grand total approaching 13 million hours. In 2011 that number doubled to 48 hours per minute, resulting in more than 25 million total hours.

Now, with video-capable phones and mobile devices more prevalent than ever, YouTubers are sharing upwards of 72 hours of footage each minute to the meme stream, topping a mind-boggling 37 million hours of bronchitis and bus driver uppercuts this year alone.

Given the deluge of content, you can imagine how difficult it was to whittle down my faves to the following trio, so to make the job easier, I narrowed my focus to a subject near and dear to my heart: Indie Bands.

With that, enough of my rambling — let’s waste a few minutes on YouTube!

#2 — Nicki Bluhm and the Gramblers, I Can’t Go for That
Has a Hall & Oates cover with a kazoo solo performed in a van ever sounded so good? I don’t think so. And apparently 1.8 million people agree. Check it out.

#1 Delta Heavy, I Get By
I’m not a big fan of Dubstep, but this video is a captivating stop-motion masterpiece. It is nothing short of pure wonderment and entrancement wrapped in childhood nostalgia.

So I hope you enjoyed this year’s installment of my YouTube Faves. We’ll see you again next year, but until then — keep a on a tubin’!