A Few Thoughts on Creativity 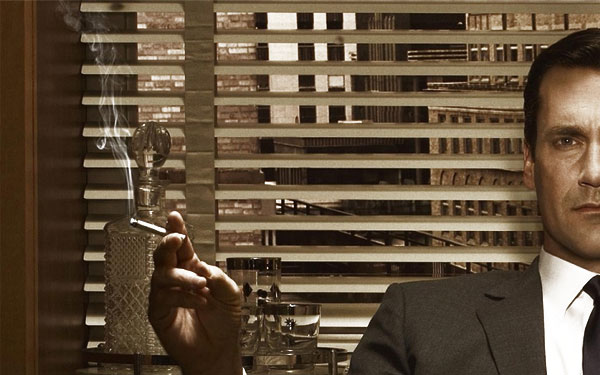 Working in advertising, like many other professions, comes with certain stereotypes. Lawyers are expected to be dull guys in suspenders and librarians are usually associated with elderly women in knee length skirts who continuously give patrons the shush treatment. Then, there is advertising. Pop culture has always attributed our kind to chain smoking hippies who jot scribbles on bar napkins after one too many cocktails. Point being, advertising and the way to channel one’s creativity has been severely misrepresented. Of course, working in this industry lends itself to a more laid back office culture and the occasional 5 o’clock happy hour, but this is not the source of our talent as creative professionals.

The public’s recent infatuation with shows like MadMen has painted a dangerous picture of the industry. It suggests that ad men and women need alcohol, tobacco and lots of stress in order to tap their creativity.

Now before I go any further and cause a riot, let me first say that I love this business. I’ve wanted to work in advertising ever since I stepped inside an agency for the first time at the ripe age of 17. I’ve seen every episode of MadMen and hope to one day be a modern day Don Draper, in a professional sense that is. So, I hope this post does not come across as a strike against the business. Look at it as an honest opinion of what creativity is and isn’t from a twenty-something ad guy’s perspective.

That being said, let’s get back to the discussion. Enough talk about what hinders creativity. Lets touch on what can increase the flow of your creative juices. No bullet points or top five lists needed for this one. It’s nearly as simple as a one word: health. That’s right, being healthy is the easiest way for anyone to land their finger on the next big idea.

Think about it. You can either smoke, drink and stress yourself into the grave. Or, make a decision to make your body and mind stronger by eating healthier and taking a few trips to the gym every week. The mind is the most important tool in this business. The stronger one’s mind, the stronger their ideas. After all, Don Draper did join the gym in season three of MadMen and it seemed to work for him. So if you are struggling with your inner creativity. Take a look at your lifestyle and make a change. Improve your diet, hit the gym and make time for yourself to have fun.

How do I know this strategy works? It worked for me. Exercise, more sleep and an improving diet have helped me generate better ideas. Something both the agency and the clients appreciate. So agencies big and small, make sure your employees are taking care of themselves. If not, their work and ultimately the agency will suffer.

Another stereotype in this industry deals with who exactly is creative.  In my opinion, everyone on Earth has the God-given ability to be creative. So, let’s stop using the term “creatives.” I hate that word. It Implies that not everyone in an ad agency has the ability to be creative, which is explicitly false. In fact, David Ogilvy said some of his best ideas came from casual conversations with his secretary. Let’s try to take a holistic approach to the creative process where everyone has the opportunity to speak up regardless of their job title.

I still have a lot to learn about this business, I can’t expect to have it all figured out by 23. But, I do know we need to paint a new picture of the ad industry. Instead of chain smoking hippies writing on cocktail napkins, lets show people what advertising is all about. Creativity.