A State of Pride: How social media is taking the Kentucky & Louisville rivalry viral 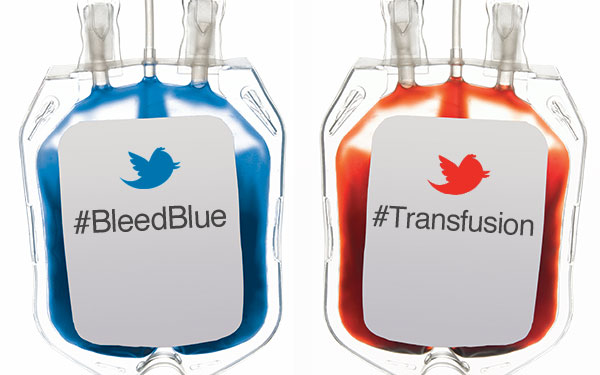 The Kentucky Wildcats and Louisville Cardinals played their first basketball game nearly 100 years ago in 1913. The final score was 34-10 with the Cats on top. Over the next 70 years they only played a dozen times total, with Kentucky winning all but three games.

Out of arrogance, Kentucky had refused to play little brother during the season. Anyone who says otherwise is a fool or still wearing their “University of Kentucky, 1978 National Champions” T-shirt. But in 1980 the Cards won their first title, putting pressure on Kentucky to give in and schedule an in-state battle. It wasn’t until 1983 that it happened, and it wasn’t by choice, it was by fate. The two faced off in what is now known as the “Dream Game” in the NCAA Tournament.  When Goliath fell and the dust cleared, the Cards had accomplished what is regarded as one of their biggest victories in school history, and an annual rivalry game was written in stone.

For those who lived through the Dream Game, this Final Four game on Saturday doesn’t even match up to the game in ’83. But for the Millennials who were wearing their UK or UofL onesies on that day, this is their Dream Game, Part Deux. The stakes are the same – a national title is on the line. But one thing, more than anything, has changed and it’s how the fans interact. Thanks to the #hashtag this matchup has the potential to go viral.

On Aug. 23, 2007, the hashtag was born. Suddenly our lone thoughts could be conversations without requiring a message board. News began traveling so fast that Twitter users knew what broadcasters and newspapers were going to report before they did. The “24 hour news cycle” has nothing on the light speed at which a Tweet travels.

Which is exactly why the build up for this game will beat the anxiety of the original Dream Game ten fold. Not only is there an extra week of hype, there’s the hashtag. Before that fans got their trash talking in at work, among their close friends and you heard what was reported on the news. With platforms like Twitter it’s never been easier to troll a conversation and see all of the terrible things that fans you have never met are saying about your coach or your favorite player’s unibrow. It’s kind of like walking through a crowd and waiting for someone to bad mouth your team just so you can throw out your infinite sports wisdom and why the odds don’t matter, your opinion does.

Now it’s personal. It’s coming in to your profile, directly to the phone in your pocket. When you’re in a meeting you’re getting pinged that @UK_Gr8ness just responded to your Tweet about Pitino. When you’re at dinner, @Cards4Life1983 is letting you know you’re going down. Forget the 24 hour news cycle, we have to stay on our toes to defend our team’s honor 24/7.

It’s because of the hashtag that local law enforcement have been preparing for weeks for arguably the biggest sporting event in state history. In a radio interview on Wednesday, a Lexington law enforcement officer admitted that social media keeps flash mobs one step ahead of the police. He said that in the UConn celebrations last year, it only took about six minutes for a group to convene on one area. Fans are communicating in the same way Occupy Wall Street protesters do… #OccupyMemorial, anyone?

As a social media connoisseur, I turned my nose up at the first brand I saw with a Facebook page linked to their Twitter feed, pulling in useless hashtags. “What’s the point of #hashtagging something if you can’t click it to surf the conversation?” I thought. Now hashtags are even popping up on T-shirts.

So what do we make of it? Are hashtags, such as #L1C4 (Louisville First Cards Forever) and #BBN (Big Blue Nation), out of place and useless on our clothing, or are we merely letting people know we’re not alone? The Cards fronted T-shirts with their new tag back in February for their matchup with Syracuse, and now #L1C4 is nearly as popular as the #UofL tag. It started with a T-shirt.

A State of Pride

With the national media focusing heavily on the state this week it has been a great time for Kentucky (the state) to shine. This is a state that has so much to offer beyond bourbon and horses, but so much of it is often overshadowed by the stereotypes and short-sighted outsiders. We can show the nation we’re proud of our accomplishments without acting like fools, but something tells me there will be a fight or two and definitely a toasted couch along the way. Just keep an eye on your favorite tag and you’ll know which one we decide.

Full disclosure: I was raised a Cats fan in the mountains of Southeastern Kentucky. I graduated from the University of Kentucky, where I met my wife, who was unfortunately a Cards fan. Love doesn’t wear a team jersey though, so I followed her to Louisville, where we were married. I now live in a house divided and have a dog with a red collar and a UK jersey. Go Cats.