Anybody wanna own up to hating puppies?

Home / Branding / Anybody wanna own up to hating puppies? 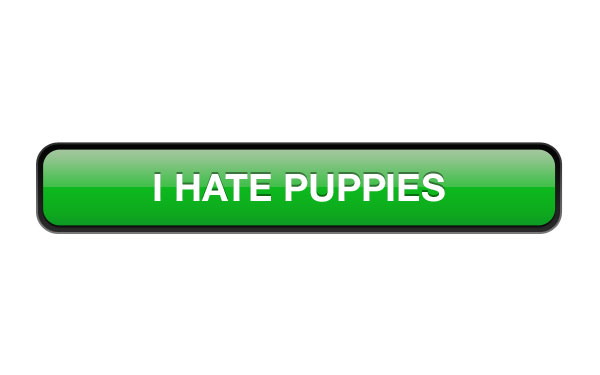 Recently I was playing a new app on my iphone. When I advanced into the app, an advertisement took over my screen. It was from LivingSocial, Groupon’s largest competitor.

My first thought was, “Who can HATE a cupcake?!” I was a bit puzzled (even angry) and felt this advertisement really had me stuck as to which button to push.

My second thought was if I click the “I HATE CUPCAKES” button would the company report me as a HATER? So, I had to click the “I Like Cupcakes” button – who wouldn’t, right?

Now, I fear the arrival of the next advertisement. Are Puppy Chow or Pampers going to make me mash the button to say “I HATE PUPPIES” or “I HATE BABIES?” At that point, I will just turn my phone off.

So I applaud the folks that came up with this creative way for me to see their cupcake offer. I do LOVE cupcakes! As much as I love them, however (and I did fall for this clever tactic) I did NOT BUY the cupcake deal. 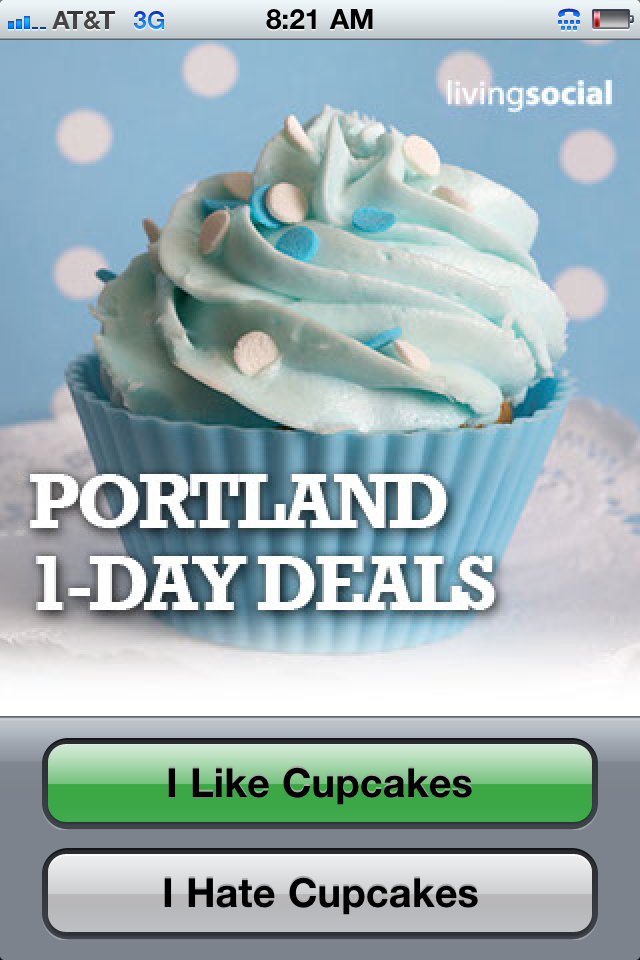