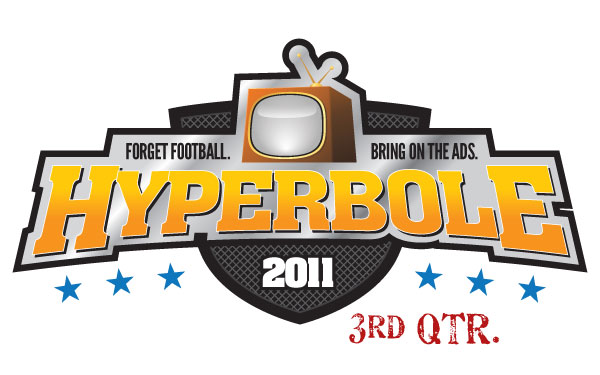 Jim “Bag” Deweese celebrated his big four-oh this week with a solid look at the third quarter.

For me, the big winner was the Best Buy spot with Ozzy Osbourne & Justin Bieber. While there is a small part of me that cringes every time I see the Blizzard of Oz shilling for one corporate giant or another, he’s just so darn charming than I can’t stay mad for long. Props to the folks at Crispin Porter + Bogusky for putting together an ad that was not only clever and engaging, but that didn’t leave me wondering at the end what it was they were selling.

And speaking of CP+B, they were also behind what was probably the most controversial spot of the night: Groupon’s “Tibet” ad. Was I offended by their cavalier attitude regarding the plight of the Tibetan people? Not really. I get what they were trying to do; a big part of comedy is exaggeration. But to go anywhere near such a hot-button issue in such a fast and loose manner was, at best, insensitive. And at worst, it was reckless with the image and substantial investment of a young company who has a lot more to lose than CP+B. And the worst part is that Groupon is actually a very socially responsible company that embraces philanthropy, with programs for The Rainforest Action Network, The Tibet Fund and Greenpeace through their site SaveTheMoney.org.

I could also go the rest of my life and never see another eTrade talking baby ad. They haven’t been funny the last 50 times you went to that well. They aren’t funny this time. Seriously. Stop it.

A couple of Honorable Mentions go out to the NFL.com spot featuring icons of TV history sporting NFL gear (subtle, well done visual effects) and the Chrysler Eminem spot. While it wasn’t even my favorite Eminem ad of the night, I absolutely love the new tag line, “Imported from Detroit.” That’s inspired copy writing.