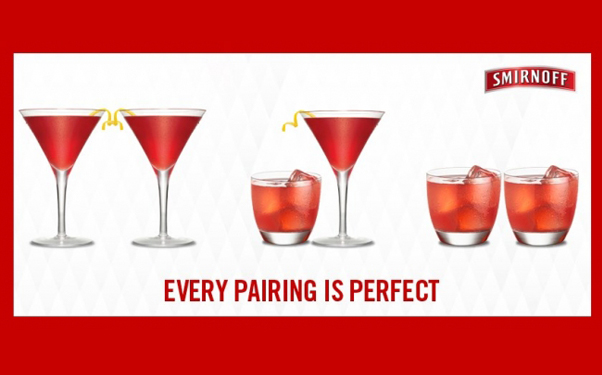 This week, there’s no way you could’ve missed the thousands of consumers showing their support of marriage equality by replacing their profile pictures on Facebook, Twitter, Instagram, Tumblr, and Pinterest with a red equals sign. If you’re wondering, this is an icon based on the Human Rights Campaign equality symbol with shades of red instead of blue and yellow on their personal Facebook page.  The movement began this past Tuesday in response to the Supreme Court convening to decide the fate of marriage equality, and more specifically, the fate of Proposition 8, which outlawed same-sex marriages in California.

But individuals are not the only ones supporting the cause, many major American brands and corporations are getting on board and throwing their support around LGBT and marriage equality.

Two vodka brands, Absolut and Smirnoff, led the charge in what might be called “equality branding.” Absolut Vodka vowed “Absolut Support” in an ad Tuesday and their competitor claimed “Every Pairing Is Perfect,” displaying an ad with three different red drink pairings. 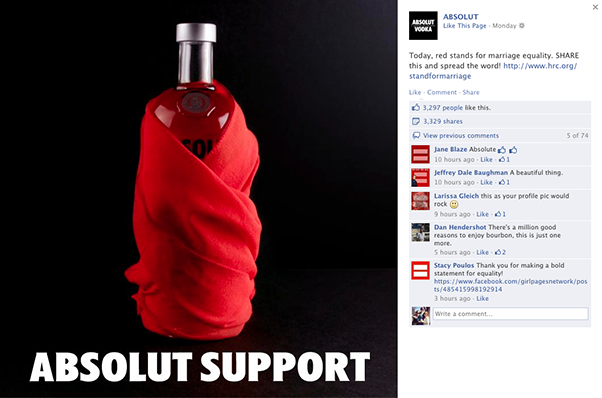 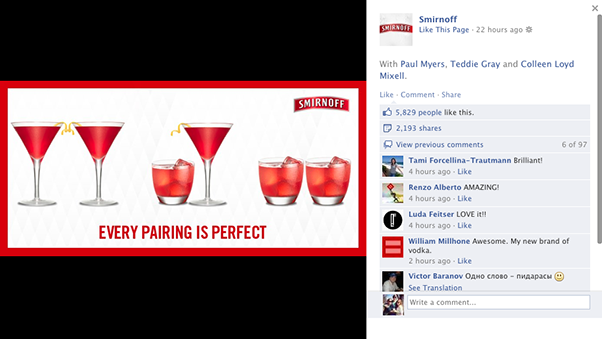 In another instance, Bud Light, as meant to be a show of support, tweeted and posted on Facebook an image of an equal sign made up of Bud Light cans. Bud Light’s support for equality isn’t unique in the American business community. NPR reported Monday that 278 businesses had signed on to a brief asking the Supreme Court to strike down the Defense of Marriage Act, including recognizable companies like Nike, Apple, Starbucks, and Citigroup. 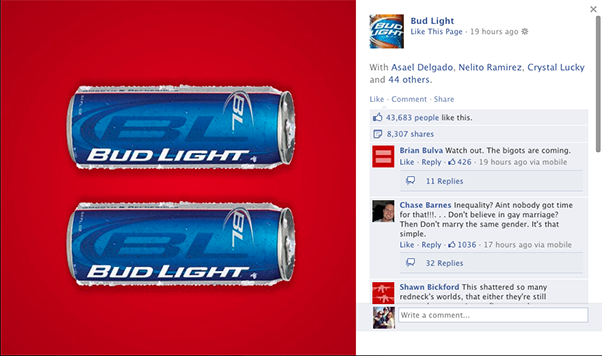 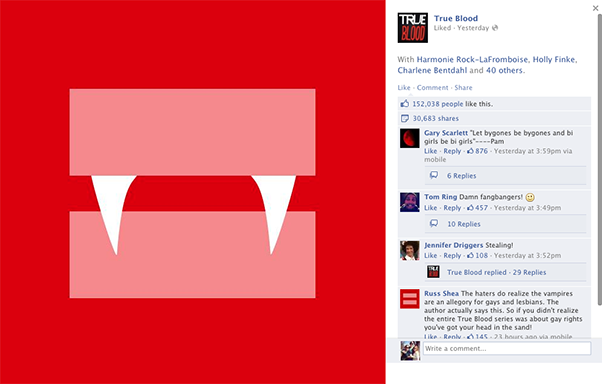 Martha Stewart Magazine showed equality in a creative, yet very “brand fitting” way, with none other than a slice of Red Velvet Cake! 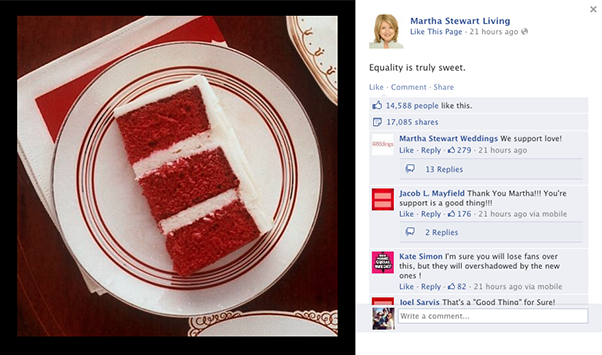 Equality branding has not only been limited to social media. Companies are using television advertising to broaden their support for marriage equality, too. Recently Amazon released a television ad for their reading tablet, the Kindle, which shows straight and gay couples bonding on vacation.

Expedia ran a commercial that tells the story of a man’s journey through the same-sex wedding of his daughter who lives across the country. It tells of his struggle and ultimate acceptance of his daughter as a lesbian.

Which other brands have you seen making gay-marriage statements recently?