Brooks Brothers will serve up suits and steaks

Home / Marketing / Brooks Brothers will serve up suits and steaks 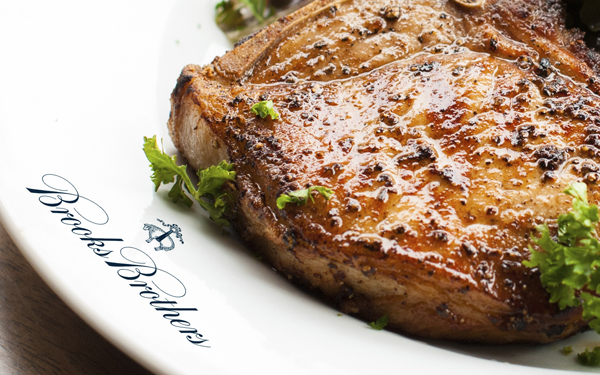 Brooks Brothers, a high-end retailer known for their tailored suits and classic menswear, will soon be serving up more than just clothes. They’re set to open a three-story steakhouse early next year. Guess where? Just around the corner from their flagship store in Manhattan.

This may seem like a disconnect, but several retailers have already taken the plunge and introduced an eatery into their shopping concept. Tommy Bahama, for example, has an eat-in restaurant at several of their locations. They report that sales for those stores are higher than those without a restaurant and they even operate their own restaurant! However, Brooks Brothers has opted to partner with a restaurant operator or management company. Restaurants require a lot of attention to detail, so it makes sense that they’ll bring in the experts to run this portion of their business.

While most in-store restaurants are geared towards women, Brooks Brothers has hopes that their steakhouse will appeal to male customers. I can guarantee that the man dropping a few hundred dollars on a button up shirt, won’t hesitate to order an over-priced steak while he waits for his blazer to be tailored.

The whole idea behind the in-store dining experience is that it keeps customers on the premises longer. I admit that I can work up an appetite while on a shopping spree. If my favorite store offered delicious meals/snacks on-site in an environment I already love, I wouldn’t think twice about taking a table.

I’ll be heading to the Windy City in November and you better believe I’ll be hitting up Ralph Lauren. I’m already making plans to dine in their restaurant that sits adjacent to the store on Miracle Mile. What do you think about retailers opening up restaurants? Is it a disconnect or a smart move?