Budweiser to Connect to your FaceBook Account…Through a Pub Glass?

Home / Social Media / Budweiser to Connect to your FaceBook Account…Through a Pub Glass? 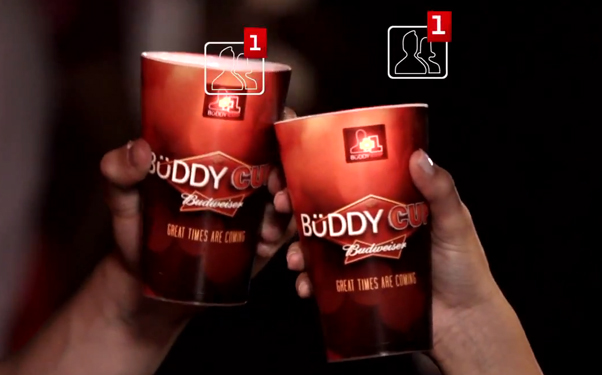 According to the video, you scan a QR code on the bottom of your “Buddy Cup” and then link your glass to your Facebook account. Anytime you clink glasses with another user, you become Facebook friends.

I’ll admit the idea is somewhat clever, and to a certain extent, you have to appreciate the technology that allows for them process to happen. It shows Bud is on the cutting edge and creating new and innovative ways to interact with its consumer base. On a practical note, I guess it would take people away form their smart phones, interact with the real, live people standing in front of them and maybe even buy another round to two? Maybe.

But as my father-in-law says, “it’s a good idea that’s just not worth a damn.” The whole project seems silly to me. Just because something can be done, doesn’t mean that it should be done. It reminded me of a recent episode of MadMen (yeah, I just went there) where Joan and her friend went to a diner that had phones on the tables. The concept was, that if you saw someone you were interested in, you dialed the table’s number and gave them a call. For the time, I’m sure that was considered very innovative. I think that concept even trickled down to a few restaurants locally? As you can imagine, the concept as a whole, never really took off. Shocking, eh?

I think about the billable time and money that went into the creation of the Buddy Cup and the physical production of the cups. If the whole goal is to excite the consumer base and sell more beer, will they see a strong return on their investment? Will the Buddy Cup create new customers? Will it make their existing drinkers more loyal? Or will it make people wonder, “who in the hell are all of these people in my Facebook feed?”