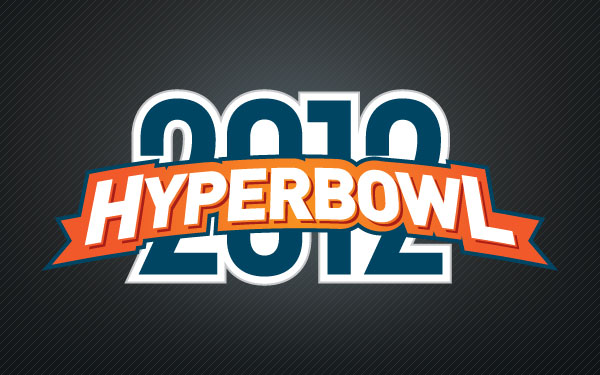 Well, another BIG GAME (no copyright infringement here) is in the bag, along with the year’s cavalcade of ads….both good and bad. Okay, mostly bad. Too many cars. Too much beer. In the ads, that is.

Here’s a quarter-by-quarter breakdown for your sweet, innocent eyes.

Pre-game Mannings:
Styler: Although I’m not really the target audience, I dug the Ocean’s 11 feel of this spot, particularly with Adrien Brody in tow.
Hyundai Rocky: Knowing what it took to script, time and shoot this spot, I have a great appreciation for the payoff.

Pre-game Bradys:
NFL Wind Beneath My Wings: The NFL is not touching, in any way. And this spot is not funny, in any way. Five thumbs down.
Verizon Droid: I don’t need more overdone spots about the poor man’s iPhone. Hey! We have more colors! We should get a cookie! Nope.

Second quarter Mannings:
Budweiser Prohibition: Out of all the beer ads, this one is the standout. That’s not saying much.
GE Turbines: Another nice spot in their Big Game package. BUT, is it “turbins” or “tur-bines?”
VW New Beetle Exercise Dog/Cantina Scene: CUH-LASSIC. From start to finish. I love Volkswagen’s marketing and I know I’m not alone. And the New Beetle is, as Pat says, my best friend. My favorite ad of the whole game.

Second quarter Bradys:
Go Daddy: Hate this as much as I hate their ads every year. Insulting to BOTH men and women. And Geeks! Go Daddy thinks all men are stupid. And all women are floosies. Yes, I just used the word “floosies” on our blog. First time for everything.
H&M: Just as sexist as Go Daddy. If you buy your knickers at H&M because David Beckham does, I suspect you’re as smart as David Beckham is.
Cars.com Confidence: Just too creepy. That extra head looks like something out of Total Recall ala Kuato.

Halftime Mannings:
Madonna. She’s 53??? Really? That stage was amazing and she rocked it.
The Voice: I loves me some Betty White. But, Miss Thing is getting close to over-exposed, IMHO. Thoughts?

Halftime Bradys:
Cee-Lo. Enough said.
Padgett (local): So, you bought the big spot, but you couldn’t invest in a little video production? Animated stills? Probably outta Powerpoint? Nice “blur” on the logos on Papa John’s Cardinal Stadium. I can tell that’s a Pepsi logo, guys. We’ll be calling you soon.

Third quarter Mannings:
Dodge Clint Eastwood Detroit: Beautiful. Harsh. Real. So well done.
Darryl Isaacs (local): He caught 6 footballs! SIX! This one may not have stood out for a good reason. Could have easily landed in the Bradys. Then again, 6 FOOTBALLS!
Fiat Abarth: Yeah, yeah, yeah…sex sells. That car is so sweet. Sex didn’t sell it to me. Cleverness did.
Acura NSX Seinfeld: Perfection. One of only 2 car ads I’ve liked so far. Second favorite ad of the whole game, although it could be because Seinfeld is one of my all-time heroes.

Third quarter Bradys:
Smash: Anybody else want NBC to just get this over with?
McDonald’s: I think we’re all done with “a little somethin’ somethin’” as a useful turn of phrase, don’cha think McDonald’s?
Camry Reinventied: Good lord. Tenuous connection much? This spot was an exercise in mental you-know-what (yeah, you know what – don’t pretend like you don’t) for Toyota’s ad agency.

Samsung Galaxy Numb: The Darkness!!! Gospel Choir!!!! BMX Stunt!!!!! Human Canon!!!! Who cares that it has a stylus? I believe in a thing called love! But, I’ll still keep my iPhone.

Fourth quarter Bradys:
Ferris Bueller: After much pre-game blog hype, I was a little disappointed. Maybe it was that there wasn’t really much surprise here. And it could have been any car in that spot, so the C-RV didn’t really stand out that much.
Go Daddy: Ugh. Double ugh. Triple ugh. Quadruple ugh. Need I go on?

Comprehensive Mannings:
(Ad series throughout the game that caught my attention)
GE: I love the brand extensions of “Imagination at Work.” Cancer diagnoses, turbine production and testimonials from real people in a gritty light. Loved it.
Hyundai: Great writing. If the people who make these cars are as smart as the people who make the ads for these cars, then I’ll at least consider buying one.
Doritos: Great Dane. Granny Kid Boomerang. Doritos always has great Big Game spots.
Bridgestone: The idea of making sports equipment out of tire synthetics. With celeb appearances. Me likey.

So, there ya have it. Thoughts? Agreements? Disagreements?