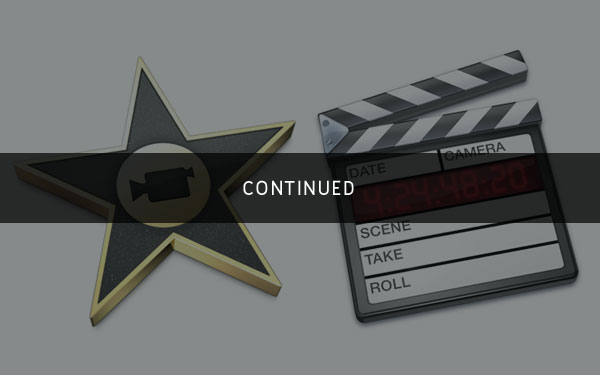 Two months ago, I wrote about the Final Cut Pro X announcement and wondered aloud, is Final Cut Pro X really iMovie Pro? Well the answer would appear to be ‘Yes, this is a classic bait and switch.’

How do I draw this conclusion? Especially when the software was released only two days ago? Two very big reasons: when you first start up the program you are greeted with a big button that offers to import iMovie Events; and FCP-X cannot open any previous version of Final Cut. A lot of people on the web are saying “Whoa, calm down, this is just a 1.0 release, there are bound to be features missing,” to which I say “Are you high?”

This is not a 1.0 release, it is the 10th version of Final Cut Pro, a new release that although was rewritten from the ground up, it has no backward compatibility (except with iMovie). It is supposed to be a professional application, but it has added a lot of gimmicky effects (that can also be found in previous versions of iMovie), removed most of the important fine-grain controls (“easy to use”, like iMovie) and is trying to change the paradigm of video editing to match that of iMovie.

Here’s is a partial list of essential tasks required in a professional workflow that Final Cut Studio 3 did, but FCP-X can’t do:

And I’m sure as I get further into this program, new and fresh outrages will apear. Apple should have called this what it is: iMovie Pro. It is a big step up for iMovie users, and I’m sure that the new features that are being ballyhooed are timesaving and great once you get used to using them. They say that there was not one line of Final Cut Pro 7 code that went into FCP-X. How much iMovie code is in there?

Apple is clearly aiming at the prosumer – the vlogger, the wedding shooter, the YouTube enthusiast – and that’s great. But the only people using FCP were professional and semi-professional editors (I say this based on nothing other than common sense and pure conjecture – who else would be willing to put down $1,000 just to edit their home movies?), and to market this as a new version of Final Cut Pro is dishonest.

Maybe they will rectify these omissions. I will wait and see, but until then I’ll be using the Final Cut Suite. And if they don’t, and I’m forced by circumstance to make a choice…I wonder if Avid is going to offer crossgrading pricing on Media Composer again anytime soon?