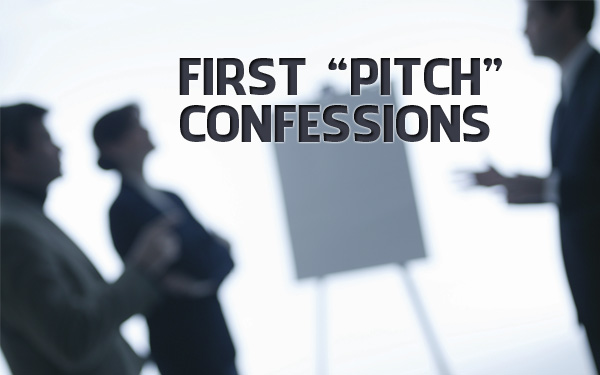 I have learned a lot about advertising the easy way. I was taught by professors with agency experience, I’ve worked with talented creatives throughout my career and I’ve had many opportunities to watch brilliant marketing people work their magic.

But I’ve also learned a lot about advertising the hard way. And since those stories tend to be more entertaining, that’s what I’m going to write about.

During my last semester in college, I was offered an internship at a local agency. This place was well-known for treating interns as actual employees, so I was excited for the opportunity to work with real clients. And they did not disappoint.

On my very first day, the creative director took me aside and asked me to sit in for the conclusion of something called “The Walk” later that afternoon. I had no idea what he was talking about, but agreed to meet in the far back conference room at 2:00.

At this point, it’s important to understand the layout of this agency. They were located on the top floor of a long, narrow office building with elevators to the parking garage at one end and a large, raised conference room at the other. In between, the architecture and décor reflected a modern style. Large steel support structures jutted out from floor to ceiling, while air vents and ductwork were intentionally left exposed. The whole place had a cool, warehouse feel. Back to the story.

I soon learned that “The Walk” was simply the set-up to a big reveal of new work. A single creative would meet the client at the elevator, and the following 40-50 paces served as an opportunity to revisit the task at hand and set the stage for their first glimpse of the new concept. When the client entered the conference room, the entire team would stand up next to giant comps.

It was an impressive presentation, and these guys had it down cold. At that afternoon meeting, I got to see the elusive “wow” moment on a client’s face for the first time. “The Walk” had worked perfectly.

Over the next couple weeks, the agency began creating another pitch for a potential new client. And they included me in every step along the way. This was the first non-classroom project that I had ever worked on, and I was very proud of the results.

On the morning of the pitch, my creative director asked if I would like to do “The Walk” for the agency. I agreed. Then, when he was out of sight, I ran to the bathroom to throw up.

To calm my nerves, I rehearsed my pitch about a thousands times. As I paced around the front lobby area, the elevator made a familiar ding and the doors slid opened. Out walked three middle-aged men who did not seem happy to be met by someone so inexperienced.

After the usual introductions and handshakes, I asked them to follow me.

“Gentlemen, I think you’re going to be very impressed by what I’m about to show you.”

“The Walk” was officially off and running.

Luckily, my preparation had paid off. The words were flowing as I touched on each of the points I had practiced earlier. For the first time that day, I felt complete confidence. I was totally in the zone.

Which is probably why I failed to see one of those large metal structures that I was talking about earlier. It was a beam, and I caught the edge of it right between the eyes.

At first, it just seemed to be a minor setback. A momentary inconvenience than could be laughed off and let go. But the clients insisted that we stop to see if I was alright. All I could think to do was continue the sentence that I had started pre-beam, as if the collision had not occurred.

“…which is why a newspaper campaign would be the most effective way to….”

I had been stunned, but was quickly recovering. And – more important – I was still making my presentation. Then I saw it. A large, black drop fell in front of eyes. A second later, blood was streaming down my nose and dripping onto my shirt.

I tried to wipe it away with my hand, but that just smeared it across my forehead and into my hair. One of the clients suggested that I sit down for a minute, but I forged ahead.

As dizzy as I was, I knew that all I had to do was get them to the conference room and the rest of the team would take over. The clients would be overwhelmed by our creative concepts and we would never have to speak of this again.

But at this point, the blood had reached my mouth. As I instinctively tried to wipe it away with my other hand, I only made things far worse. Now the clients looked on in horror as I wildly urged them forward with bright red hands. They reluctantly followed, unsure of how to handle the situation and horrified by the gruesome scene.

As I led them up the stairs, the entire creative team stood up next to oversized print executions.

“…and I’m proud to present your brand new campaign!”

Everyone in the conference room gasped in horror.

My creative director looked at me covered in blood and directed his attention to the clients. Without missing a beat, he quipped:

“Hey, if you guys don’t like the strategy, that’s fine. But you didn’t have to hit him.”

The laughter started slow, but then came naturally. It cut through the awkwardness of the moment as the real presentation began. The clients took one last look at me and found their seats at the table.

I quickly made my exit to get some stitches while the creatives did their job. In the end, they got the account…in spite of the worst Walk in the history of Walks.

So, here’s the lesson in all this: As important as it is to focus on the big picture, always be aware of what’s right in front of you.

That’s where the beams are.