Get in. Get happy. With Volkswagen.

Home / Creative / Get in. Get happy. With Volkswagen. 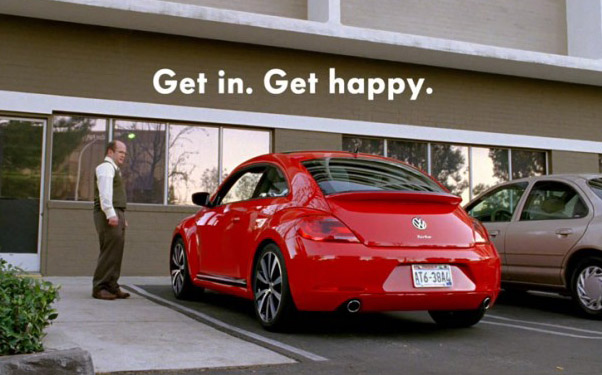 VW produced a nice commercial about a week before Super Bowl. It started with infamous YouTube clips (most of which I’m sure everyone but me has seen before), followed by uplifting music performed on a sunny hillside by none other than reggae legend Jimmy Cliff (who introduced reggae music to the western world, even before Bob Marley). Jimmy Cliff has given us songs like Many Rivers to Cross, The Harder they Come, Sitting Here in Limbo and Rivers of Babylon.

The people in the YouTube clips were then shown gathered with Cliff on a grassy slope waving their arms and getting what they always wanted (cats and glitter mostly), while being serenaded about being happy.

Oddly enough, the brand, Volkswagen, was not shown until the last few seconds of the spot. It was nice to not be bombarded with logos and overt messaging from start to finish. The majority of the spot had nothing to with cars – it was pretty much just asking people to pay attention and get happy.