Get Ready to Ripple with Rippln!

Home / Culture / Get Ready to Ripple with Rippln! 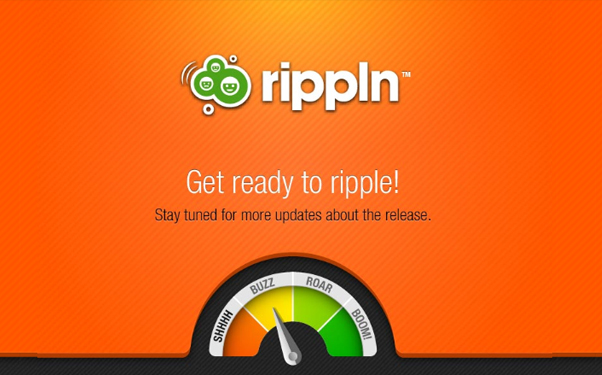 I just received a curious email from my brother-in-law, inviting me into the inner circle of something called Rippln. I remember when GMail first launched, it was by invitation only at first, as was Spotify, so I was immediately intrigued. Especially when I read the boilerplate language of the invite:

Working behind the scenes? NDA? Viral app? What the hell?!

So, before I signed any NDA, I decided to see what Google had to say. Searching for Rippln, I found a bunch of links to press releases, some thinly veiled as reviews or news stories, all of which stress the moneymaking opportunity involved in Rippln, none of which saying what the app actually is, other than a way for people to communicate with each other and purchase third party apps. If only my phone had a device that enabled me to communicate to others directly and allowed me to purchase apps! That would be truly revolutionary.

On top of that, through Rippln, you can make money off your social network. Although everything is very hush hush and the app itself is still not available, it’s possible to get in on the ground floor. In fact, in the video they compare the impending explosion of this app to Facebook and email! Except, Facebook and email actually do something. But still, you can get in on the ground floor!

After some investigation, I found the blog of a guy who may or may not have signed the NDA, but who is sharing the animated videos anyway. It turns out that Rippln’s biggest innovation may be bringing the pyramid scheme to mobile marketing. You get paid by promoting Rippln, getting people to sign up to Rippln, who then sign up others and you get paid again and so on and so on. It’s a steady stream of income depending on how many are on your team. So, getting in early is key. What they don’t tell you is how much it costs to become a “player”. So you make money off of your social network by promoting Rippln on existing social platforms that actually allow you to interact and build a network. Rippln looks to be only a tool to allow you to see how many underlings you have and how much cash is flowing into your pockets. It appears to be a social app in the same way that chlamydia is a social disease. Not so social.

Anyway, I’m passing on this opportunity, as tempting as the lure of easy money is. Rippln has all the earmarks of a classic Ponzi scheme, although I will say that the videos are well done.