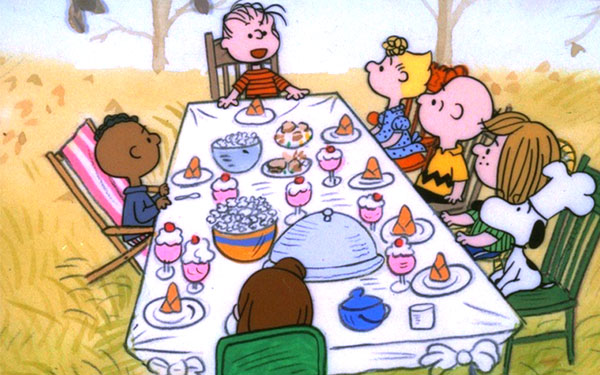 Well, we just finished that time of year when we gathered round the dinner table with family to feast on good food and give thanks for the year’s blessings. With Thanksgiving and Christmas in our recent memory, I thought it might be a good idea for us Mad Men (and Women) to list the people and things we are thankful for that have made the advertising industry what it is today.

So the next time you think about muttering, “I hate this business” to yourself, consider this random list of people, events and things that, in my opinion, have transformed the advertising business. I would guess that Don Draper and Peggy Olson would agree that today’s ad professionals have a lot to be thankful for.

I think the one thing we all take for granted is the world wide web. If you think about it, most of us in the ad business use the Internet nearly every minute of every day. We use the Web to communicate instantaneously with clients. Off-site meetings have now been replaced by Skype summits and the research trips to the local library now consist of a simple Google search. The Internet is truly an invaluable asset to ad agencies. Not only has the Web made conducting business more efficient, but also allowed for the development of a new advertising medium allowing the industry to expand. In fact, more than $7 billion will be spent in online advertising in 2010 alone. This is incredible considering terms like SEO, rich media and digital media did not exist 20 years ago.  Without the Internet, many of us would not have jobs, especially those of you working at “digital” agencies. So the next time you’re doing some new business research online or responding to a client’s e-mail, be sure to give thanks.

Once upon a time, phone calls took place either in an office or a telephone booth. If you tried to reach someone who was out of the office, you would be forced to leave a message and wait patiently for a return call. The year was 1982. Fast forward to 2010 and the development of cellular telephones has revolutionized mobile communication. We can call, text, SMS and even play games with others through mobile phones at anytime. In an industry that is face paced and deadline-oriented, the ability to reach anyone anywhere is a blessing. Its hard to imagine just how frustrating our industry would be without being able to use a cell phone, let alone a cell phone thats not connected to the Internet. And like the Internet, mobile phone are not only a tool used by marketing professionals to streamline workflow, but also a medium that generates more than $146 million annually for the ad industry each year.

That’s right, Steve Jobs. Not only is this man the CEO of one of the most powerful corporations in the world, but also one of the most influential marketers of the last century. Without Steve Jobs, many of us would have not had access to an affordable personal computer until the the early 90s. Apple Computers have been working in ad agencies since the introduction of the Apple II in 1977. Today’s agency’s are flooded with Macs from the halls of the creative department all the way to vault in accounting. I think its fair to say the Mac has been the unofficial computer of the advertising business for more than 30 years. After all, most ads you see today are made on a Mac, even the ones for Mr. Gates and his friends at Mircrosoft. So, thank you Steve Jobs for providing us with computers that work along with a few other devices that have boded well for the advertising industry, including the iPod, iPad and those awesome little things called apps. Whether you’re a PC or a Mac, we can all agree that Jobs and the team at Apple have made a profound impact on industry. Not only in terms of the tools we use, but how we make ads. Remember that iconic 1984 Super Bowl ad? You can thank Steve for that one too.

This one is a no brainer. Those fine folks in your local traffic department are unsung heroes of the agency. Without them, our task lists would be a jumbled mess. And believe it or not, there was a time when traffic was not a recognized part of the ad industry. In recent years, however, traffic managers are beginning to get the recognition they deserve. They are the ones who make sure things get done and out the door. An agency without a traffic department would be an agency in chaos and probably heading toward bankruptcy. So the next time your on your way to the coffee machine, take a cup back to your traffic manager and thank them for all that they do. Plus, brownie points come in handy when you miss a deadline.

Unlike the others on our list, clients have been around since the beginning. In the hectic day-to-day operations of an agency, we sometimes forget that it is the clients that make everything possible. These people trust us with their brand and look to us to take their businesses to new heights. So, this holiday season, put some extra effort into client relations. The relationships we have with our clients should be more than strictly business. Above all, be sure to tell them thanks for trusting your agency. It is the clients that allow us to make a living in this crazy business. And in these dim economic times, we have all learned what a privilege it is to have a job that you love.

So as you give thanks  this holiday season, don’t forget the little things that we all often overlook. Regardless of where you work, we all are privileged to work in an industry that promotes creativity and the power of ideas. That is why I got into this business and why I am so thankful to work with such a great group of people who share these same values.