Google Glass could be a game changer for video

Home / Creative / Google Glass could be a game changer for video 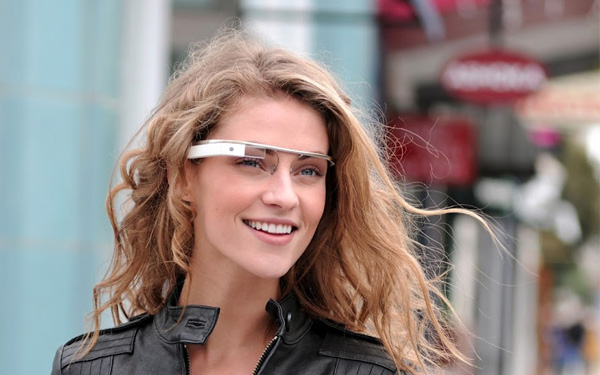 Despite the rollout of the iPhone 5 (which I’m questioning whether or not it’s really the most “amazing” yet), one of the most interesting things happening in the tech world right now is Google Glass.

If you love immediate access to information, innovative ways to catalogue and share your world and are an over-sharer, Google Glass is for you. If you still get mad when you respond to the woman with the Bluetooth ear piece in grocery store whens she says, “What are you doing?” then you should stop reading now. This will only infuriate you.

Project Glass was announced back in April. It’s a headset that runs on an Android system. It doesn’t necessarily offer new features beyond what your smartphone can provide, but does present this information in a readily accessible format, all hands-free (using phalanges is so 2000 and late). Information is projected onto the head-mounted display (HMD) in an augmented reality format. Google released this video which creatively sums up how Google Glass could improve your world, which also spawned a slew of parodies.

In my opinion, the most interesting part of Google Glass is the opportunity for documenting your life, specifically through video. The glasses can be used for low resolution streaming, or record high res video (actual resolution hasn’t be announced by Google). Think of the possibilities of having HD video at your fingerti…no, hands-free. If you thought the possibilities were endless by wearing a GoPro camera on a helmet, just imagine what you can do with the sleeker Glass.

So far, two videos flex Google Glass’ capabilities quite well. The first is a skydiving video produced by Google. Just wow. The second is a video of a fashion show where models wore Google Glasses. More “meh,” but still promising.

The product has only been released to select developers for now, but is expected to hit the market next year. Rumored prices are all over the place, ranging from “average smartphone cost” and capping out at $1,500. Either way I think this opens up some amazing doors for producers no matter the industry.