Google TV, just another reason not to peel yourself off the couch

Home / Technology / Google TV, just another reason not to peel yourself off the couch 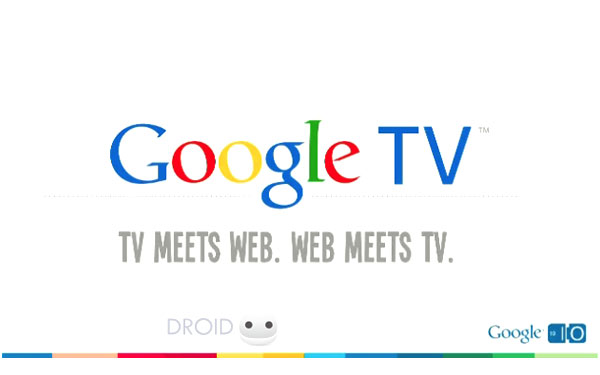 As if my digital life couldn’t get any better, Google has now released its latest product – Google TV! What is Google TV, you ask? Glad you asked.

Google TV is Google’s attempt at merging your TV life with your online life. I know what you’re thinking, “Hey, my cousin used to have Web TV and it was awesome.” Well, even if your cousin bought into the hype of surfing the net at blazing fast dial-up speeds on his mom’s 13″ bedroom TV, you will clearly see that Google TV is a whole different concept. Unlike other internet-to-TV options past and present, Google has incorporated things that have never been seen on our sets until now.

One feature is the integration of a Google search engine right on your television. It allows you to search upcoming programs, programs you would like to record, or even internet content. This means if you are watching MTV and decide you would actually like to see some music videos, you can search for and view your favorite Ricky Martin video while never missing a minute of Jersey Shore. All this and you won’t even have to grab your laptop or type on your little smart phone keyboard. Pretty sweet if you ask me!

Another nice part of Google TV is its applications. At nearly 4 billion unique users, the TV market is larger than both the PC and Mobile markets combined. This opens up a whole new world for users and developers alike. You might be thinking, “Why would I need an app on my TV?” Well think about being able to Tweet and share snippets of TV shows in real time or chat with other people watching the same program you are.

All in all, Google TV looks like it has huge potential to change the way we view and interact with our TV. So if anyone wants to purchase a Google TV enabled Television for me in the next few months, let me know – I’m happy to join in the test market at no cost to me. Until then, I guess I am just stuck with the old fashioned remote in one hand and laptop in the other. Poor me.