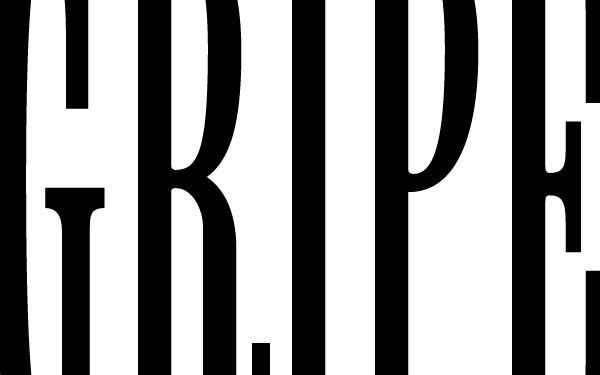 Customer Relationship Management, or CRM, is one of the largest aspects of social media maintenance for companies, services and products. And, in my opinion, it’s the greatest area of opportunity. Sure, contests, promotions and offers are great for short-term buzz and sales, but CRM builds and maintains relationships with customers. That, in turn, drives the long-term success of any business.

Obviously, the most popular social media tools for online CRM are Twitter and Facebook. They’re the go-to choice because customers are ever increasingly familiar with both spaces and expect you to be there too. Plus the tools themselves are free to use and communication can occur quickly and efficiently on both platforms. I’d like to stress that the tools are free, but keep in mind that the setup, monitoring and content creation are not. However, all of this is nothing new, so where exactly am I going with all this? A service called “Gripe.”

Gripe, a website and mobile platform, sells itself as a place for “word-of-mouth power” to be heard. Gripe “lets you share public praise or complaints that get sent to the businesses for a response, while being spread by your friends, followers and beyond.” The premise isn’t bad,  I’m all about complaints being heard and resolved. It’s their system of operation and subsequent business model that gets me really riled up.

Here’s how it works:

Joe Blow has a complaint. Instead of directly contacting the organization that he’s unhappy with, he uses Gripe in the hopes that his complaint will be shared with his online pals and also “sent to the business for a response.” Fair enough. More often than not, we want our complaints to be heard by everyone. So Joe uses his Facebook or Twitter account to login to the free Gripe mobile app on his phone. He locates the listing for the business in question, airs his grievances and has the option to share it.

I would guess that at this point, Joe assumes that Gripe has a solid method for contacting the business and an appropriate way for the organization to respond. Not quite. Instead, Gripe uses its Twitter account @gripeapp to tweet the account of the business in question. Here’s what they tweet “a public complaint about you is spreading fast via @gripeapp. Resolve it to earn free public praise: (link to the complaint page).”

A bit much, don’t you think? It’s like good old-fashioned scare tactics. And after investigating several different instances of this, I’m not sure where the “spreading fast” comes into play. Gripe assigns each user with an inflated “word-of-mouth power” (my twitter account of 997 followers apparently has the word-of-mouth power of  2,114,452 – I mean, ‘cmon, REALLY?!) But, I don’t know their algorithm, so I’ll let that slide. What, really, really grinds my gears is that before the business can respond, they must PAY to claim their venue. $20.00 bucks. That’s right, in a world of free tools, or heck even low cost tools, Gripe expects a business to cater to their niche audience with a fee. The downfall, of course, is that the unhappy customer is waiting on the other end, possibly assuming that the organization just doesn’t care. When in fact, the organization could have easily missed the tweet from @gripeapp or simply doesn’t have the resources to go through the hoops that Gripe has built.

I’ve been on the business side of this issue on two occasions and have done my best to work around it. After all, I want assist the customer in the best and most efficient way possible and I simply don’t feel that Gripe provides that service. So I’ve used Twitter to contact the customer directly. After doing this, Gripe caught wind and tweeted back with this advice “Best way 2 respond to ur customers directly on @gripeapp is 2 claim ur gripe account. Pls just email [email protected] to coordinate!” Such a lame shame.