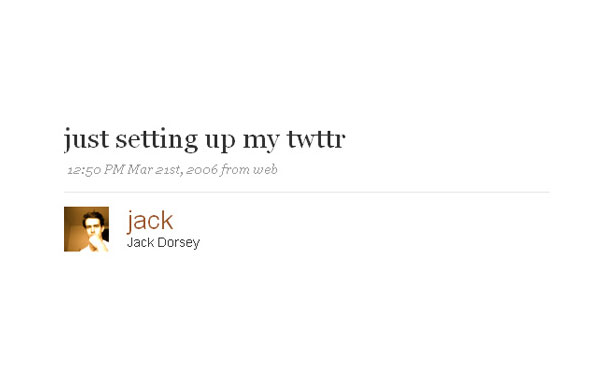 Last week, I caught the Early show story about Twitter celebrating its 5th Birthday .  The first “tweet” was sent on the social media just with a humble phrase from its founder , Jack Dorsey, stating that he was setting up his twitter.

Since it was launched five years ago, it has more than 200 million users sending 140 tweets a day.

I don’t use really use Twitter, but I see its power.

At first, it was just another way of staying in touch with your friends – now, it’s a sustained news source, client interface mechanism and political uprise machine.