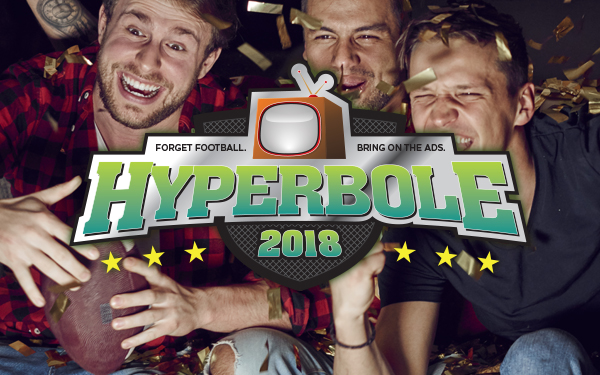 For the last few years, we’ve divided up the Super Bowl and taken a look at the best and worst executions on the world’s largest/most expensive ad stage. Next up is our Vice President of Media Services, Mark Neu.

Well, one of the most iconic receptions in Super Bowl history cost me $25.00 – if a field goal was converted, I had Eagles 8 and Patriots 2 on our company board; the football gods have once again shined down upon me.

Looks like the half time adjustment for the Patriots was Brady to Gronk. Lets see if the Eagles bring bracket coverage on Gronk’s route – nope, touchdown Patriots.

Black Panther drives a Lexus and Yet Another Tide Ad seems to be wining the night. Hey, I got the Budweiser ad – thank you for all the aid you’ve provided to hurricane ravaged communities in the southern United States. Intuit and Quickbooks dropped a timed ad – don’t think they adequately told me how they save me time though. It took till the 7:39 mark in the third quarter for Cris Collinsworth and Al Michaels to start the quarterback controversy in Philly discussion.

How do you let a RB get behind you, poor coverage by the Patriots – Touchdown Eagles.

My son really likes the T-Rex spot by Jeep – must go faster, that thing has some handling to out maneuver a T-Rex’s theoretical elusiveness and speed. What in the heck is this, oh it’s an HBO ad for Westworld – I’ve never seen the show and the ad didn’t rush me to my HBO GO app to binge watch. I like the fact Turbo Tax can hook you up with a CPA – wish I would have known that before completing my taxes. Steven Tyler drives fast in a KIA Stinger and that automobile can down right move – in reverse… I bet he looks younger at the end – yep, I was right. The BlacTure ad will be the talk of tomorrow – strong message on a grand stage. I don’t get the Eli Manning ads – I think it’s a lead up to a grand finale.

Philly is starting to get conservative, despite man coverage the DL is not getting to Brady with four rushers – lets see if the Eagles start bringing the heat… not soon enough, Touchdown Patriots. Here we go, first out of the gate is a new Marvel Avengers movie that will be a must see for the Neu house. Strong message from T-Mobile, it’s definitely relevant at this point in our history, but I wonder how it fits their target consumer. Still, I give T-Mobile credit for utilizing their platform to remind us we are all in this together. Look, Jesus Christ Superstar is coming to TV… can’t wait #sarcasm. The Toyota ad was well intended, but could have used some more copy and I actually thought it was going to be a Tide ad. Oh yeah, I forgot to send our picture to Kraft – we had a wonderful family party. Nice rebranding of the Today show in an effort to move forward from their controversy surrounding Matt Lauer… coming out of the commercial break – again with the play that cost me $25.00.

That’s my quarter, Eagles 29, Patriots 26; only a three-point game. There’s that big finish for Eli, nobody puts Odell in the corner. I will end here.