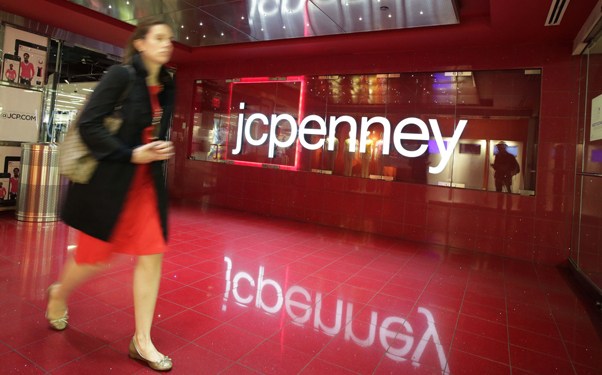 JCPenney has attempted to bounce back from the damaging strategies it took on during ex-CEO Ron Johnson’s reign. But first, they want to say they’re sorry. In JCPenney’s recent apology ad, they begged customers to “come back” to their stores. In this admirably honest, new commercial, which is a first glimpse from JCPenney’s new lead creative agency, Young & Rubicam in New York, the brand admits that their troubles are “no secret,” but that they are committed to winning us back.

In the commercial the voiceover says: “It’s no secret. Recently, JCPenney changed. Some changes you liked, and some you didn’t. But what matters with mistakes is what we learn. We learned a very simple thing: to listen to you. To hear what you need to make your life more beautiful. Come back to JCPenney. We heard you. Now, we’d love to see you.” The spot ends with the full JCPenney name, and the lines “Come back to see us” and “We’re listening on Facebook.” Watch the video:

More of a primary concern for me is their new logo, with branding surveys showing JCP logo awareness dropped as much as 28 percentage points from 2010 and 2012. The new commercial also featured a redesigned logo, one that uses the company’s full name rather than the hip “jcp” design taken on last year. In my opinion, to continue to make changes to the logo hurts the consumer awareness of the brand more and more.

And if it wasn’t bad enough already, a recent JC Penney billboard posted in California, featuring a tea kettle, sparked a flood of complaints on social media for closely resembling Adolf Hitler. (shown below) JCPenney responded to the controversy with a tongue in cheek response, “Certainly unintended. If we’d designed the kettle to look like something, we would’ve gone w/a snowman.” Despite mass complaints about the Nazi dictator resemblance, the kettle completely sold out at JCPenney stores. 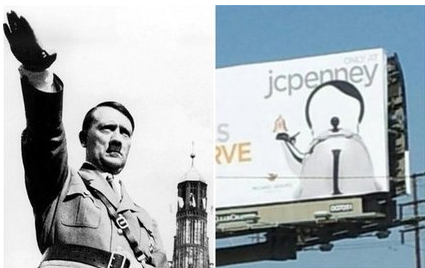 In addition to a new logo and apologetic commercial, JCPenney also unveiled a social media effort to ask customers’ suggestions and respond to virtually anyone that tweeted using #JCPListens, taking the hashtag quite seriously. They even brought back a brand they had stopped carrying in the store, because consumers said they missed it on Facebook.

It’s pretty obvious that JCPenney is looking for a major upheaval of its brand, and it seems like these new strategies might be promising.

Do you think the new commercial and logo are a step in the right direction?