If ethics weren’t an issue, and it is, we’d want Jimmy McGill on our marketing team. If you’re unfamiliar with the name, you’re probably not a fan of “Better Call Saul.” Jimmy is an attorney, and Saul Goodman is Jimmy’s alter ego. Why would an attorney need an alter ego? Because Jimmy’s brother, Chuck McGill, was also an attorney — only, in this case, a reputable one — and he didn’t like his less-than-ethical brother practicing law under the McGill name because it damaged the brand of the lofty Hamlin, Hamlin, and McGill (HHM) law firm.

In season one, Jimmy hung up his shingle and practiced law from the back room of a nail salon. To drum up business, he put up a billboard. The problem was that he completely stole HMM’s look. This, of course, did not sit well with the well-heeled lawyer Chuck’s firm, so they took Jimmy to court and forced him to take the billboard down.

After trying to get the press to write a David vs. Goliath story about how big, bad HHM was going after a small businessman, Jimmy came up with another way to get publicity. He hired a video crew to do an on-the-spot report of the billboard coming down. What the viewer didn’t know was that Jimmy had paid the man taking down the billboard to take a fall. He did and was dangling by his safety harness as Jimmy ordered the crew to get the whole debacle on camera. Jimmy then climbed up a ladder to rescue the fallen worker. Jimmy emerged a hero as newspapers and TV stations picked up his daring rescue. It was probably the shadiest PR win ever, but it worked. 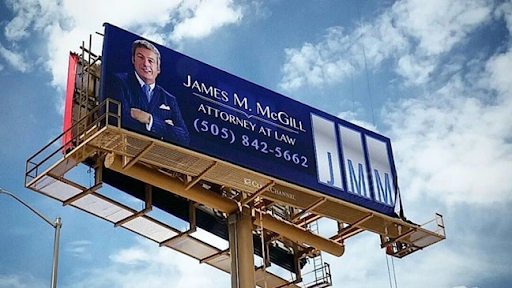 Where there’s a will.

Jimmy’s stunt brought business to his door, but not necessarily viable business, so he decided to practice elder law. In addition to dressing in a more folksy way to appeal to seniors, he got new business cards with his new slogan that said, “Need a will? Call McGill.” It was catchy and memorable and spoke directly to the core problem Jimmy could solve for his clients. Not only was this a great slogan on a TV show, but it also became an obsession for internet folk to recreate as logos on t-shirts, mugs, and other swag. 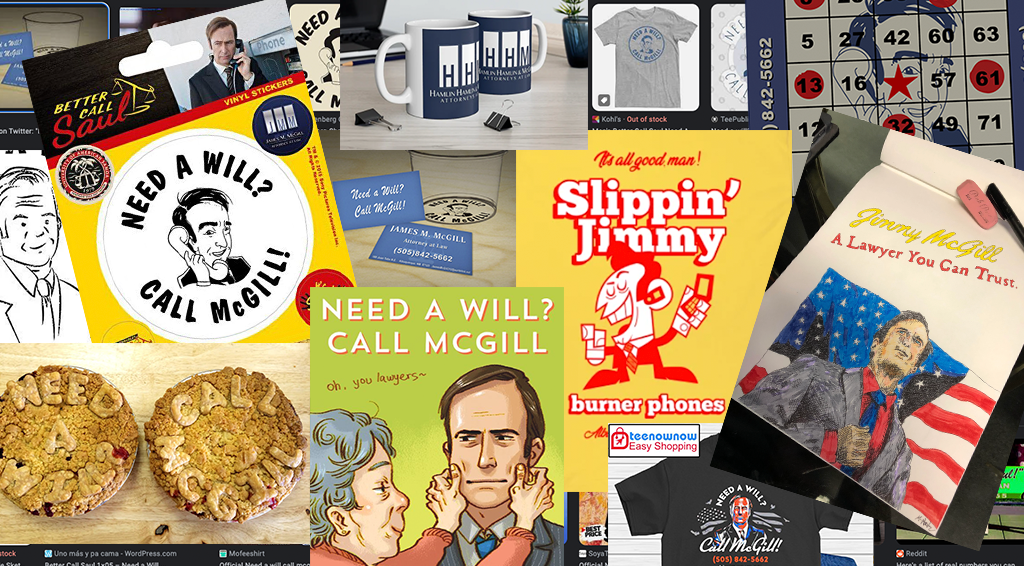 Perhaps the most remarkable piece of marketing Jimmy did was when he was suspended from practicing law. He got a job at a very, very slow cellular store and decided to put his talents to work. He grabbed some window paint and crafted a sign that read, “Is the man listening? Privacy sold here.” The next day, a man walked in and was having trouble with the IRS listening in on his conversations. He asked Jimmy how much they were, and Jimmy replied, “cheaper than an audit.” The man left with ten brand-new burner phones that day. 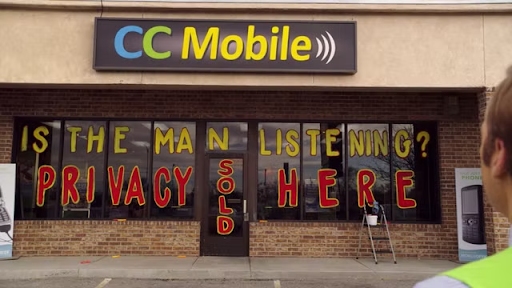 Both Jimmy and Saul’s television commercials were self-produced masterpieces of what one would expect from local campaigns. Little production value but a lot of cheese. While you’d never see us produce something of this low quality, we still have to be impressed that not only did Jimmy/Saul write, produce, and act in the commercials, but he also negotiated the ad buys and got pretty good deals to boot. He made himself a household name in Albuquerque, which may or may not come back to haunt him later in the series. A victim of his own success?

When it comes to multi-channel marketing, Jimmy/Saul knew he had to reach people in a variety of ways to optimize his leads. From TV to matchbooks to publicity stunts to sloganized business cards, Jimmy/Saul’s advertising ran the gamut. But that wasn’t enough. To really make sure people knew him and remembered him, Jimmy/Saul advertised on park benches, bus stop benches, and pretty much any bench that he could advertise on. And it was iconic. 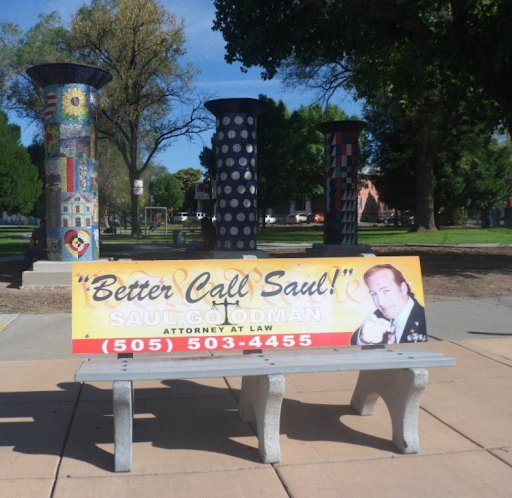 Even though Jimmy/Saul’s ads aren’t going to win any awards any time soon, and while we would be embarrassed to produce such poor quality work, we have to admit that everything Jimmy/Saul did was on brand for him. It was schlocky and insincere, but so was Jimmy/Saul. And considering his clientele mainly consisted of criminals, drug dealers, and frequently detained lowlifes, it probably didn’t matter to them what Saul looked or sounded like. They just knew they needed a lawyer and couldn’t escape the barrage of ads put forth by Jimmy/Saul. At the very least, he understood that you have to spend money to make money.

Anyway, I hope we didn’t spoil anything for you if you haven’t watched the show. But we recommend an extended binge-watch, especially if you were a fan of “Breaking Bad.” And, if you want some intelligent marketing with much better production value, you know what to do.