Kentucky, the storyline, not the stereotype

Home / Media / Kentucky, the storyline, not the stereotype 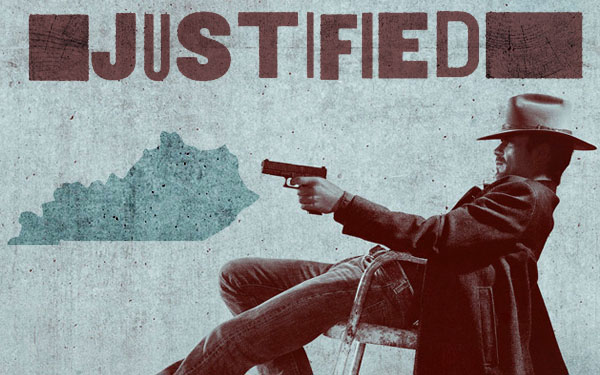 Unless my beloved Kentucky Wildcats are playing, I rarely find myself captured by a television. I am not one to follow television shows. Through college I could never understand friends who would lock themselves in for the night so they could catch a new episode of whatever the hottest medical or cop drama on TV was. “That’s not living,” I always thought.

“Justified” is a hard hitting series on FX that shoots to kill, because after all, that’s what guns are for. It’s the story of Deputy US Marshal Raylan Givens and takes place in Harlan County, where I was born. When I first heard there was a show being produced that was based in Southeastern Kentucky I rolled my eyes and braced myself for a nationwide mocking of my birthplace.

I reluctantly watched an episode. The characters are rough around the edges and have slight accents, but they come off as witty and educated – yet, still mostly criminals – in their way of life. I’ve yet to be insulted enough to stop watching the show, and I’ve actually become addicted enough to follow it through social media. As well as the writers of “Justified” have produced a show about Kentucky that doesn’t shame it, the network has done equally as well at promoting it.

While it’s become commonplace to have a custom hashtag for a show in the corner of your screen with the bug, “Justified” has taken its social media to an impressive level. They recently released several GetGlue stickers, one of which shows Raylan, the main character, leaned back in a chair with his famous Stetson hat and a hand gun pointed ahead. The show’s blog, incorporated into their Facebook page, is updated often and isn’t promotional swill. The writers give insights to their writing process, they give viewers easter eggs to look for in the coming episodes and provide insights into Kentucky’s culture.

Their social media team does a great job of being informative, not just promotional. It brings to the show to life for viewers. I know the writers have done their part to make sure they understand the area’s often-misunderstood culture, because they actually ran into some of my family during their most recent trip to do research for now-airing Season 3.

My cousin was outside of her home when a strange car pulled up and a man leaned out the window and said, “Ma’am, do you know where I could find a ‘holler’?“ She just looked at him and said, “Honey, you’re in a holler.” It was about this time when her husband came barreling out of the front door with a shotgun, ran down the steps and continued around to the back of the house. She just looked at the fellow and said, “Don’t worry, he just thinks something is messing with his chickens.”

It turned out, this was one of the writers from the show, “Justified.” He was in the area for research to write Season 3. They invited him in for dinner and he stayed for a couple of hours. When he left they sent him with a few items that may be featured in Season 3, one of which was a pair of praying hands made out of coal.

The show has done a good job of presenting Kentucky culture without shaming us or lumping us all into that “barefoot and toothless” category that so many people can’t get past. With shows like “Call of the Wildman” popping up left and right (no disrespect to the Turtleman himself), it’s nice to have some Kentucky representation that breaks the mold, even if it’s still slingin’ a gun or two.

Disclaimer: I have seen Season 2 & all of Season 3 thus far, so if I’m missing a season chocked full of stereotypes please leave me be until I find out for myself.