In honor of Black History Month, Current360 is honoring Black pioneers in advertising and marketing, highlighting the achievements of entrepreneurs and bootstrap marketers who created new products for markets long overlooked.

In the rich pantheon of women’s cosmetics, many names stand out: Estee Lauder, Coco Chanel, Mary Kay and Max Factor are just a few. One name that you might not have heard before is Madam C. J. Walker, America’s first Black female millionaire and the mogul behind the Madam C. J. Walker Manufacturing Company. Some credit her with inventing hair straightener, and some credit her with the invention of a miracle hair grower, but her greatest authentic invention was Madam C. J. Walker herself. She created an enduring brand based on total hygiene and beauty and helped create an entirely new category of women’s beauty products in a market segregated by Jim Crow laws – cosmetics and hair care for Black women.

Born Sarah Breedlove in 1867, she lived a life of hardship and poverty, suffering through low paying jobs and two marriages until, while working as a laundress for as little as a dollar a day, her hair began to fall out. After using a hair-restoring product, she became a top salesperson for entrepreneur Annie Malone and then branched out to develop her own line of hair care products. It was then that she took her third husband’s name, adopted the title Madam as was common in those days, and the brand was born. She built her empire out of sheer perseverance and innovation, using a network of sales agents, like Avon, and relentless marketing efforts: advertising, Walker Salons, Walker Beauty Schools, and the Madam C. J. Walker seal imprinted with her likeness, slapped on every product she sold. She built a state-of-the-art factory in Indianapolis and acquired so much personal wealth, that she built a mansion in Irvington, NY alongside neighbors John D. Rockefeller and Jay Gould.

Another cool thing about Madam C. J. Walker is not just that she was a truly self-made millionaire whose brothers and parents were born in slavery, but that she used her success and position to help elevate Black America. She employed and trained up to 20,000 Black women to be her sales agents. She gave her agents generous commissions, and taught them budgeting, financial independence, business skills, and ended up helping to organize her own agents in to organizations that eventually became a union. She stipulated in her company’s charter that only a woman could be its president. She supported and entertained prominent members of the Harlem Renaissance, like W.E.B. Dubois and Langston Hughes, and commissioned New York’s first registered Black architect, Vertner Tandy, to build her mansion. She donated to the Tuskegee Institute, the NAACP, among many other institutions dedicated to the elevation of Black Americans. “I am not merely satisfied in making money for myself,” Walker said in 1914. “I am endeavoring to provide employment for hundreds of women of my race.”

Her dedication to the elevation of Black women was her guiding motivation, and Madam C. J. Walker’s greatest achievement was creating a lifestyle brand for Black women that not only included self-care, but allowed her customers to discover their own dignity, encouraging them to be refined. She arrived in Denver, Colorado with a dollar in her pocket and built her business into a million dollar enterprise by word of mouth, advertising, franchising, and brand extension. She carved out a space in American society for the idea that Black women are beautiful, too, and by so doing, she opened an entirely new market and created an empire that lasted almost 70 years after her death. 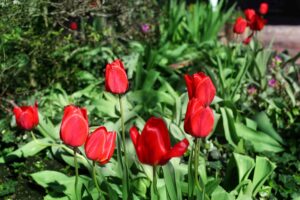