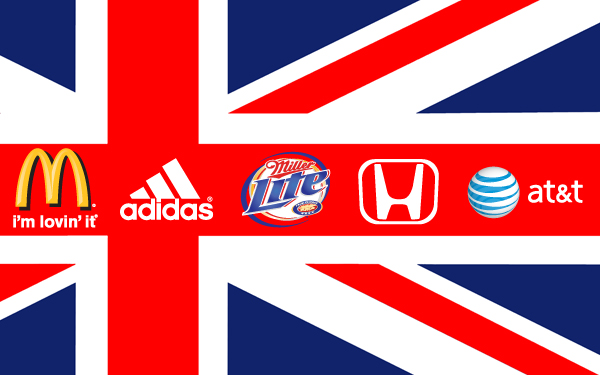 In an effort to lighten the mood around CurrentMarketing, our Big Picture Guy, Nick Ising, declared yesterday “British Accent” day at our morning Jolt™ meeting. From this, we learned a couple of things: Charity does a mean Julie Andrews and The Bouv isn’t one for such nonsense.

Suffice it to say, Jolt was even more entertaining than usual, and it inspired this post: Famous British actors pitching products in vintage ads.

Peter Sellers for TWA
While he was better known as the genius behind Dr. Strangelove and Inspector Clouseau, he was also quite the pitch man.  I’m not sure what is funnier about this spot: Sellers doing a pitch-perfect send up of a stuffy Brit, or the idea that airlines once marketed themselves around the flying experience. Not really something they could do these days.

Pierce Brosnan sells Diet Coke
While Brosnan was never my favorite Bond, it always seemed like he was destined to take up the mantle, as evidenced in this spy-spoofing Diet Coke spot that ran a full 8 years before he started working “On Her Majesty’s Secret Service” with GoldenEye in 1995.

Sir John Geilgud pitches Paul Mason
With this commercial, Gielgud for the most part reprises his Oscar-winning turn as Hobson in Arthur. Dry British humor for a dry California wine seems appropriate. Plus anything that mocks the French usually makes me laugh.

John Cleese loves/hates Compaq
Perhaps the funniest man in the world, Monty Python alum John Cleese did a hilarious series of ads for Compaq computers back in the 80’s. This one is my favorite of the series and if I were you I wouldn’t watch this commercial.

James Mason as spokesman for…I can’t even bear to type it
Quintessential British thespian James Mason was renowned taking any role offered to him. Some great. Some not so great. It was sort of a running joke in Hollywood. Which is why it should be no surprise that the three-time Oscar nominee signed on to sell, of all things, Thunderbird Wine. Nothing like a refined British accent to sell screw-top wine to the homeless of the world. “I say old chap, a week ago Thursday… a very good year for wine.”