NFL: The F stands for female 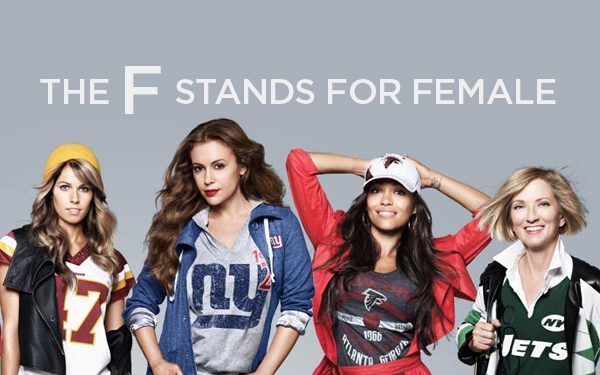 As an NFL fan (Go Colts!) that just happens to be a woman, I have a tendency to roll my eyes at the commercials that I’m accustomed to seeing every week during game day. Scantily clad women in commercials are everywhere. I get it. Men are the primary audience (but not by much!) and men love seeing scantily clad women.  But when the NFL rolled out their new 2013-2014 campaign for their Women’s Apparel line, it turned my head. I knew it wasn’t your typical commercial with the typical game day bikini babes. Nope. This commercial depicts strong women athletes, mothers and career women.  The 30 second spot includes NFL athlete’s wives, fashion bloggers and professional female athletes. The voice over features a 2009 motivational speech from Baltimore Ravens coach John Harbaugh. He does a great job motivating because I was so motivated after seeing the commercial that I went straight to the website to check out their new offerings. Check out the spot for yourself and see what you think!

*Side note – Clearly the NFL did a great job of marketing this commercial to women because when I asked Jimmy D (who watches A LOT of football) if he had seen the commercial, he had no idea what I was talking about. Apparently there aren’t enough bikini babes in it for his liking.