Product Placement to the Extreme! 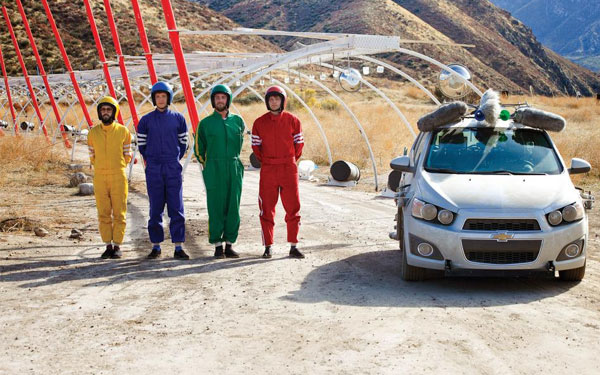 If any of you were part of the 111.3 million (source: Nielsen Co.) that tuned into the Super Bowl, there’s a chance you saw the commercial for the Chevy Sonic which featured the car doing some amazing stunts. I was unaware at the time, but the commercial features actual clips from the band OK Go’s new music video for their song “Needing/Getting.”

OK Go is known for their unique music videos and this video is no exception. However this video prompted the question, “Is this one of the best product placements ever?”

While cars being featured in music videos is nothing new, (i.e. Fiat in J. Lo’s video for “Papi”) this video encompasses the car as the actual instrument, something I have never seen done before. While the video probably wouldn’t have been able to be made without Chevy backing it, Chevy gets the reward of reaching their demographic of 18-34 year olds in a new and interesting way.

The video currently has 18,884,982 views on YouTube; combining that with the Super Bowl commercial views, the only thing I can say is bravo Chevy; or more importantly, bravo to your advertising agency!