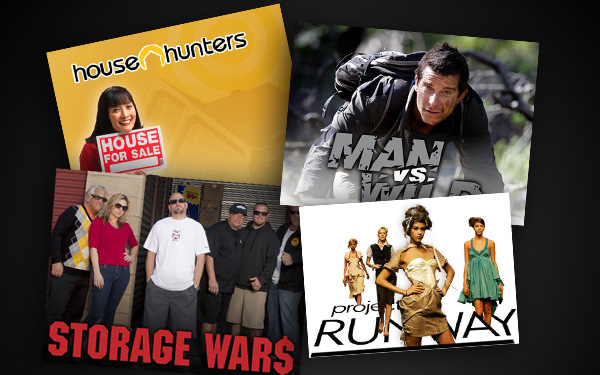 There’s no question reality TV is making its mark.  You can’t turn the channel nowadays without seeing a show about “real people”.  The genre has even been added as an Emmy Award category.  Whether it’s about people renovating their home, competing for a runway show, or (even worse) flipping tables in evening gowns, I have to admit I can’t seem to turn my head away from this guilty-pleasure TV.

These shows have always had a scripted feel, and that I could deal with.  Producers obviously have their hands in to keep viewers watching.  But that got me thinking, when is it really no longer reality?

One of my favorite shows, House Hunters, recently came under scrutiny for not being “real”.  Each show follows a buyer searching  for the perfect home.  We see three different possibilities, and in the end, the buyer picks one.  My favorite part was to guess which one they’d choose, but as it turns out, the purchase was made even before the buyers applied to be on the show.  In some cases, the other two homes weren’t even really for sale.  Kind of takes the fun out of reading their body language and reactions.  I guess the new game now is “guess which one they already own.”

A few years back there was some controversy about the show Man vs. Wild.  It’s a survival show featuring a guy named Bear Grylls.  He tries to survive in the wild for a couple days with no food, shelter, anything.  After rumors flew that he and his camera crew really stayed in hotels, this guy’s skills didn’t seem impressive anymore.

It’s annoying to watch now, with skepticism in the back of my head the whole time.  Do the Storage Wars guys really find that cool stuff?  Or is it planted by the show?  Why didn’t Heidi Klum say “you’re out” to that girl – she stunk.  Well she’s too entertaining to kick off.

Even still I can’t stop watching this ridiculous stuff…  Maybe TV really does rot your brain.