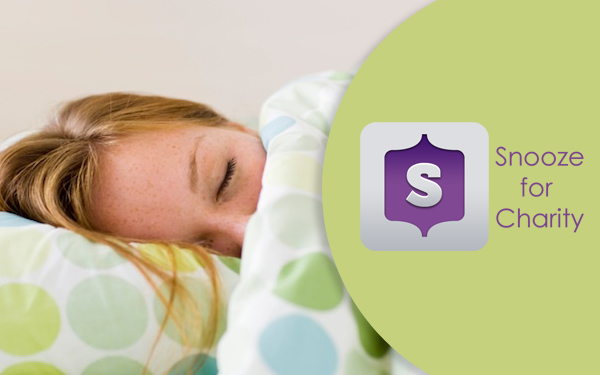 Mornings can be rough. How many times do you hit the snooze button before finally rolling out of bed? I’m sure some of you may feel bad for hitting the snooze button when you’re later rushing to get to work on time. However, a new iOS app called Snooze can change all that.

Every time you hit the snooze on your alarm, $0.25 is donated to a charity that is partnered with LetGive, a company that combines charitable giving and technology. The app was released in September and can be downloaded on your iPhone, iPod Touch or iPad for free. Twice a month users are offered the chance to donate the money they’ve acquired for hitting their snooze button.

The app can work one of two ways for the user. It can either give you an excellent reason for being late to work in the mornings- What boss can beret you for catching a few extra Zzzz’s in the name of charity? Or it can motivate you to get to work on time because you don’t want to give all your money away because you were too lazy to get out of bed.

Is this something you would use? Is this a brilliant idea or a flop? Let us know your thoughts!