Social media for the outdoors enthusiasts 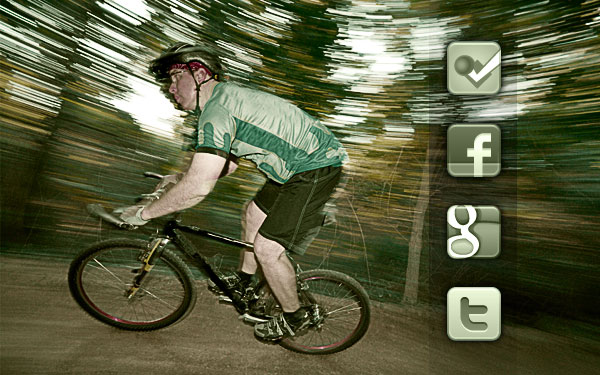 To all of my friends, I’m the nerd. I’m the one checking in when we go somewhere – pull out phone, cue the laughter. Even my wife makes an occasional joke about my Foursquare mayorships, although she never complains when we get special discounts from my check-ins. However, lately I have been using social media in a way that I think is even more awesome than 25 percent off at her favorite boutique. I’m using it to be less nerdy and more adventurous. I’m checking-in to the great outdoors.

Last year I really got into road biking and I had only lived in Louisville for only about six months at the time. I wasn’t sure of the best places to ride, and I definitely didn’t understand the culture, lingo or safety. I began to Tweet about riding and slowly started to get followers and interactions from people with similar interests. The community of cyclists help me find safer routes to ride, and also a trustworthy local store for my new bike purchase.

In December I decided I wanted to start running after a long hiatus. Again, I Tweeted about it. The responses were overwhelming. I was encouraged to do some races (and I did), and turned on to the ever-growing runner app, RunKeeper. When I would post about a disappointing run I would get encouragement, or if I posted a fast time they would say, “Yeah, great job!” These are people I’ve still never met but know their average pace, weekly running mileage and how many marathons they have completed. While we don’t know each other, we still hold each other accountable.

So you won’t be surprised by this: When I was considering buying a canoe, I posted about it and learned not only about a few good places to purchase one, but about a few locations to use it near my house.

Many of these – the runners, bikers and waterdogs – are the same people. It’s a community of outdoors enthusiasts, and they’ve helped me more easily break into a few hobbies that are somewhat intimidating when you don’t know much about them.

I don’t credit these platforms for my efforts or activities, but come on, it’s nice to know that I can call on this group of people for some advice if I need to know where the cheapest place to get a bike derailleur fixed or who has the best selection of canoe paddles. Social media gives me easy access to a wealth of people with endless knowledge and willingness to help at no cost to me.

And for that reason, it’s worth checking into.