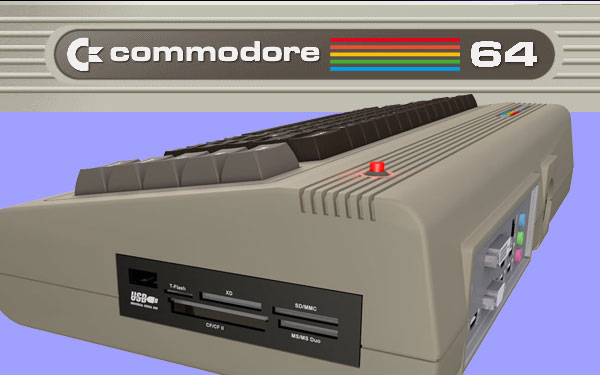 It’s pretty hard to think about life before the PC. The home computer has become as ubiquitous as an oven or TV and honestly, if given the choice, I might choose it over any home appliance.

I can still remember when personal computers hit the market. IBM had their PC Jr that brought the bluechip computing powerhouse into the home.

But for me and many in my neighborhood, the benchmark of personal home computing was the Commodore 64. It was not only affordable ($595), but it also brought a whopping 64 Kb of computing power into your home. Its “realistic” Summer Games II greatly trumped anything on my Atari 2600 and it did other cutting-edge things too, like word processing.

I really hadn’t thought too much of the Commodore and figured it died a slow lonely death as the Apples and Microsoft-based PC’s of the world passed it by. That is, until a few days ago, when I read that the Commodore 64 is back.

Like the original, the CPU will be self-contained within the stylish beige keyboard but with greatly updated hardware inside (1.8 Ghz compared to the 64 Kb processor). It will have all of the modern requirements like USB ports, a Blu-Ray DVD drive & multiple memory card slots. All for the low price of $595 – which was what it debuted at in the 80’s.

Granted, I’m an Apple loyalist, but the thought of having one as a second computer is very tempting, especially since I might get a chance to relive the glory days of Summer Games II.