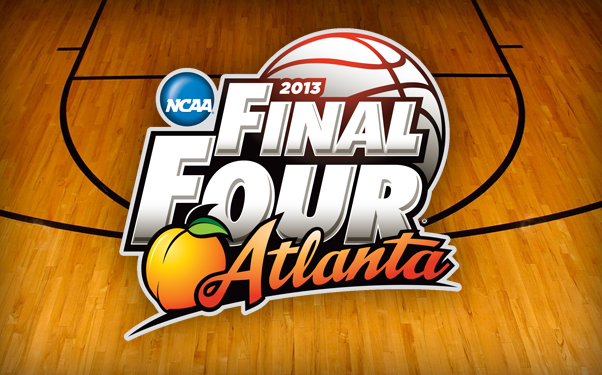 The Final Four is set. Fans of Louisville, Syracuse, Michigan and Wichita State are doing everything they can to support their team in the championship stretch. For many, that means shelling out for commemorative Final Four apparel.

My husband Ben, a big time Cards fan, was particularly excited at the opportunity to finally get some Nike brand UofL shirts. That’s because during the regular season, all uniforms, shoes and official fan gear for Louisville is made exclusively by Adidas. And, at least to Ben, it’s common knowledge that Nike is way cooler than Adidas.

It started to make me wonder…how did Nike get to be the coolest brand in college sports?

I’m sure there’s a lot more to it than this, but back in the mid 1990s, Nike started the trend of paying big bucks to universities for an exclusive partnership with their athletic programs. In the agreements, the schools get tons of pricey gear for their student athletes (and quite a bit of cash for themselves) and brands get the inherent publicity of having the world’s future sports professionals decked out in their logos. As a result of some of those early deals, Nike was able to capture the loyalty of promising players and keep it once they’ve become full blown superstars.

But it’s more than just star power. Nike also has earned the reputation of being the most innovative in terms of performance and, more importantly, style.

Brands like Adidas and Under Armour have been working their tails off — designing, marketing and spending a ton of money — to catch up. In my opinion, they’ve made some real progress. Adidas puts a lot of effort into their throwback and retro designs, and while that may not appeal much to the 17-year-old recruit, they’ve also been taking risks with some cutting edge styles. If their bright, camouflage-looking tournament uniforms for 2013 didn’t strike a chord with Kansas or Notre Dame prospects, perhaps they will with Louisville or Michigan fans…if one of those two schools takes the crown this weekend.

But for now, for lots of basketball fans, Nike is still the king of cool. And during tournament time, when the licensing of fan apparel is open game, you can bet they’ll be cashing in on their chance to snag a few bucks from Louisville and Nike brand loyalists like Ben!