The Biggest Disappointments of 2011 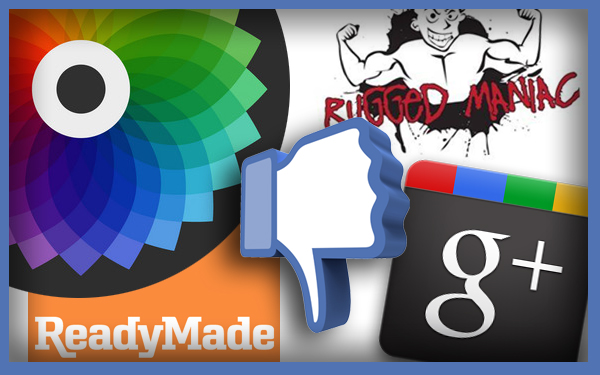 Here on the CurrentMarketing blog, we are always talking about new, cool stuff that we are really excited about. But sadly, great ideas don’t always stay great for long. Here is a list of some neat stuff that didn’t turn out as I’d hoped.

Color – When I first heard of this app, I thought it was going to be awesome. Imagine it: you have a party and invite a bunch of friends. You open the app, and take a lot of pictures. After the party, you get a URL where you can see all the pictures you took AND everyone else who was taking pictures through the app at that time and location, no uploading required. This was such a fabulous idea to me, but it just never picked up. I have no idea why. I just visited Color.com to see that now the app is a “live broadcast through your phone” which could be neat, but is not as neat as what it used to be.

Rugged Maniac 5K – Marathons, 5Ks and other fundraiser races have been really popular within the last few years, so I guess it was only a matter of time before someone decided to host a bigger and badder race, with a Navy SEAL obstacle course built in to it. It seemed like a fun challenge, so I ran the “Rugged Maniac 5K” with my friends. But when I realized the event was hosted by a for-profit company and none of the money went to charity, I left the race feeling extremely cold and uncomfortable. Or maybe it was the pool of icy mud I was forced to swim through.

ReadyMade Magazine – This hip DIY magazine has been providing household tips and how-tos for ten years, but it was decided by parent company Meredith in June of this year that further publication would come to a sudden and complete halt. It’s tough times for the magazine industry, so I guess I’m not shocked, but I will definitely miss the great advice and cool projects I learned thanks to the mag, including how to make a Christmas wreath out of medicine bottles and the smartest way to store bedsheets (fold the sheets and put them INSIDE the pillowcase of that set. Brilliant!) Getting an apathetic note from the publisher and a copy of “Better Homes and Gardens” as a substitute was a huge disappointment.

Google + – The truth is, I still don’t even know how or why Google+ was supposed to be better than Facebook. That’s because I can’t peel myself away from Facebook long enough to use it. I want to believe that Google’s product is superior, but since none of my friends are jumping off the Facebook bridge, I don’t want to either.

Sorry to be such a downer, everybody. If you want to cheer me up, go read a “Best of 2011” blog and forward it to me!