The Pitch: Fact or Fiction? 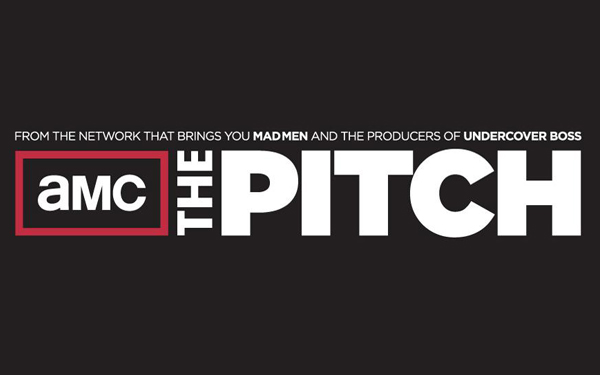 In my last post, I wrote about The “Mad Men” Effect, which discussed the impact the award winning drama has had on our industry. For this entry, I thought I’d take a look at another advertising-based television show that is generating some buzz.

From the creators of “Mad Men,” AMC has created “The Pitch” described as a real-life look into America’s ad agencies. In each episode, two competing agencies go head-to-head to win a new client. Each team is given only seven days to prepare, working around the clock before pitching the prospective client. After the pitches are complete, the prospective client selects one agency to work with for their next marketing campaign.

It’s obvious that AMC is using this show as a way to piggy back on the success of “Mad Men.” After all, the show does air immediately after conclusion of each new episode of “Mad Men.” The idea is that “Mad Men” gives a dramatic presentation of agencies of the past and “The Pitch” looks at advertising agencies of today in a reality television format.

Since the inception of “The Pitch,” industry influencers have been debating whether show is mostly fact or fiction. Although I am no agency veteran, I thought I’d weigh in on this issue from a junior-level perspective. The simplest answer is the show is a little of fact and fiction, as with any decent reality show.

First, the facts. I do think the basic premise of the show is accurate. Agencies receive an request for proposal (RFP) and then work their asses off in hope the work they submit is good enough to win the business. It is also fact that many people have work around the clock to get the job done in time although that is never the plan at the start. The stress is real and the devotion that these people have to their jobs is real. What the public is going to learn about advertising through this show is that it is a club of quirky people. We work hard, but we play hard also and love what we do. I am glad that the public is getting a glimpse of what it is really like to work in an ad agency. For that, I fully endorse “The Pitch” as a viable show on what it is like to work in advertising.

Now for the fiction. In the show, each episode begins with the two agency seating across from another while the prospective client explains the RFP. It is rare for two agencies to be in the same room simultaneously with a prospective client in a new business situation. Typically, there are dozens of agencies competing for the business. Unlike the show, there is no guarantee that an agency will even be invited to pitch their idea to the client in person as there are often many rounds of reviews in an RFP process prior to the pitch.  Another issue with “The Pitch” is that it shows only members of the creative team working on the pitch. The truth is, every department is involved in the new business process. Media, research, account services, production and even accounting plays a role in the development of a RFP. While “The Pitch” may only show the designers and strategists, there is a whole team of people behind the scenes.

Whether fact or fiction, I am a fan of the show. It gives the general public a glimpse into a real ad agency of the 21st century. The takeaway is that it is a reality show based on facts and presented for entertainment. It is nice to see that other agencies across the country go through the same ups and downs that I often see as apart of the new business team at CurrentMarketing. The show also offers great insight into how different agencies approach new business and compare it to how CurrentMarketing operates. That being said, I think the show is great. Just remember, “Mad Men” represents what we wish advertising agencies were like, while “The Pitch” is a small look into how some real agencies operate.