The Tweets is Watching

Home / Marketing / The Tweets is Watching 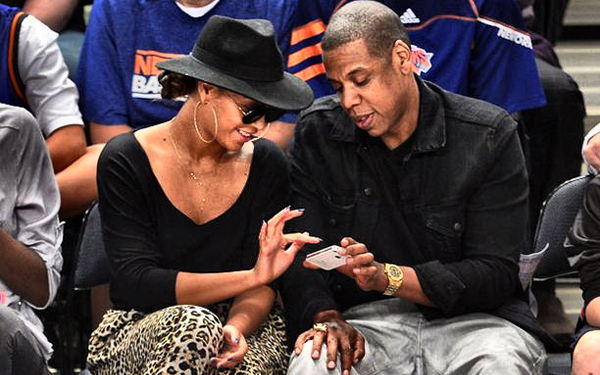 Jay Z and Beyonce’ have, within the last half of 2013, become much more than just a power couple in the music industry, they’ve also become a power couple in the marketing and social media industry as well, and all in very impressive fashion. Lets take a look.
Back in June, during the NBA Finals, Jay Z runs a commercial in collaboration with Samsung announcing the release of his newest album, Magna Carta Holy Grail. Then, takes it a step further – If you’re an owner of one of Samsung’s hottest devices, the Galaxy S III, Galaxy S4 or Galaxy Note II, you’d not only get early access to the album a full 72 hours before it was to be released to anyone else, but the first million people would also get it for FREE as long as they downloaded an app that was associated with the album to their Samsung device.
Jay Z makes a statement in the commercial that struck me as one of the most dead on quotes I’ve ever heard regarding digital and social media marketing and how companies should be looking for creative ways to take advantage of both – “We don’t have any rules; everybody is just trying to figure it out. That’s why the internet is like the Wild West, the Wild Wild West. We need to write the new rules.”
This “marketing stunt” caused the RIAA to change their certification process of tallying album sales to determine when an album has gone gold, platinum, etc. Based on downloads of the app, it wasn’t outside of reason for Jay’s album to be certified platinum the day it was released.
The Next Evolution
Fast forward approximately 6 months. Just days ago, Jay Z’s significant other, Beyonce’, drops an album in complete secrecy (it just so happened it was the night of her concert here in Louisville).
Instead of bombarding media with interviews and releasing singles on the radio, Beyonce’ posted a video at midnight on her Instagram profile with the caption “Surprise!” Her record label, Columbia, released a press release that essentially stated that she was “bored” with traditional album marketing.
Did it work, this secret marketing stunt? Well, according to this article on inc.com, not only did the release spur 1.2 million tweets within the first 12 hours, but the secret album, “Beyonce”, sold 120,000 MORE copies in the first 24 hours on iTunes than her previous album sold in its entire first week in 2011.
Both examples sound like digital and social media marketing wins to me, and a wake up call to companies who believe that merely having a presence online is enough to earn passionate, loyal fans.