This Election Day, you deserve better: BE RESPONSIBLE, BE INFORMED!

Home / Creative / This Election Day, you deserve better: BE RESPONSIBLE, BE INFORMED! 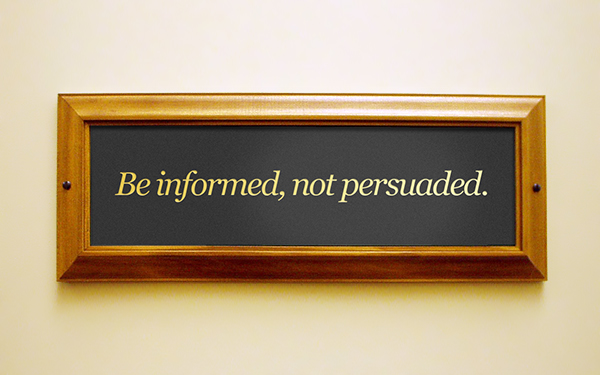 This election season in Kentucky has been odd, to say the least.  Selective retention prevents me from accurately comparing it to past races, so I won’t even try.  But Aqua Buddha, religious/sacrilegious accusations, claims of collusion…all taken waaaaaay out of context.

I’ve heard the phrase “in a democracy, the people get the government they deserve,” attributed to, among others,  Ben Franklin, Adali Stevenson, Winston Churchill and the French political thinker Alexis de Tocqueville.  Regardless who said it first, it’s applicable today as much as ever.

The problem lies, in my humble opinion, in the laziness of the voter. Voters too lazy to get to the polls.  Voters too lazy to think for themselves.  Voters too damned lazy to seek out the facts.  Instead, we rely on five- to seven-second sound bites taken out of context.  Usually by a political opponent.  Then, the electronic news media, claiming to be objective, began stooping to the use of those same out-of-context comments to progress their left- or right-wing agenda.  And, most recently, the blogosphere is rife with agenda-pushing bloggers with no accountability to anyone forcing “facts” at lazy or otherwise unwary voters.

But mostly, because the majority of those blessed with the right to vote, are too lazy to even seek out the opinions of bloggers and newscasters with even similar general opinions as themselves.  No, the laziest of the lazy rely on advertising.  There, I said it.  I’ve bitten the hand that feeds me.

Why else would candidates, and 527 groups (from both the left and the right), spend millions on local, state and federal elections?  Because the people buy it. If you spend enough money and spin the right information, you, too can get elected.  And the candidates get by with broad statements about what they will do with claims like “I’m going to clean up (fill in your favorite capitol here),” or “I’m going to reduce the deficit,” with little or no detail about how they’ll do it.  No, they save the details for what a bad person their opponent is and how scared we should be of his/her anti-American agenda.

So here’s my challenge to you.  Read or listen to opinions of respected people who don’t normally agree with your opinion.  Find a truly objective voice in the races that matter. Challenge all candidates to reveal their hows, not just vague whats they’ll accomplish on your behalf, if elected. Find a solid reason to vote for a candidate and not against their opponent or their opponent’s party.

You have 5 days to go before this election.  Please, for the sake of democracy, spend some time becoming an informed voter.

I’m Nick Ising and I approve this message.