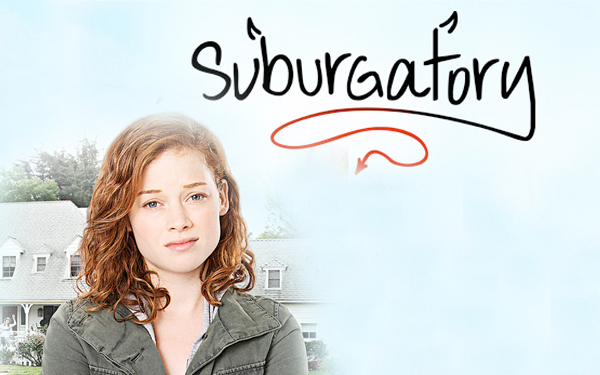 One of my favorite TV shows right now is Suburgatory. I DVR it every week, and as horrible as this is, even though I work in marketing and advertising, when I play it back I fast forward right through the commercials. (I can hear the gasps of my colleagues now.)

However, when I was watching Suburgatory last week, I was tricked into watching a commercial.

Yes, Lowe’s brilliantly tricked me into watching their commercial with a little gem of an ad featuring one of the characters from Suburgatory, Sheila Shay (played by one of my comedic loves, former Saturday Night Live cast member, Ana Gasteyer). As I was fast forwarding through the other commercials, I saw Sheila, thought the commercial break was over, and resumed watching.

At first I could tell something was a little off with the storyline, but it took me the entire commercial to realize that I wasn’t watching Suburgatory at all — but Sheila Shay in a commercial for Lowe’s. Drat! Foiled again!

We’ve all seen actors from our favorite TV shows appear in commercials, but never had I seen the actor in a commercial — playing the character of the show I’m watching — during the commercial break.

In the age of commercial-skipping DVR users like me, I think this strategy is genius. What do you think? Would seeing your favorite TV show character in a commercial trick you into watching?