Toyota’s Window to the World Concept 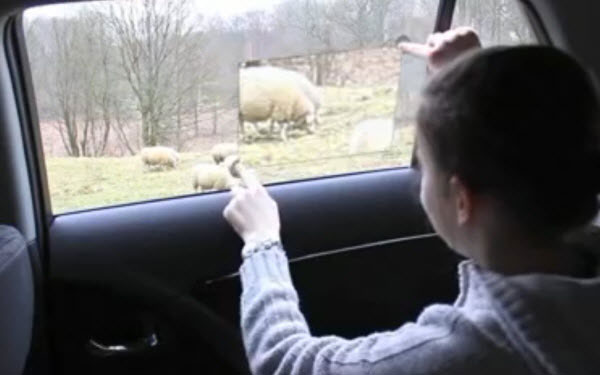 I just stumbled upon an article about a concept Toyota has been working on that they have coined the “Window to the World.”  It’s basically an interactive window for the passengers in the back seat.

With the interactive window you can draw using your finger, zoom in on objects, estimate the distance of objects and view virtual constellations.  This video demonstrates what the window will look like in action.  I would have loved this as a kid on a trip or even just riding around town drawing crazy hair cuts and weird faces on people (I wouldn’t be surprised if a few other random unmentionables were spotted flying through the air).

I’m sure if you were on a really long trip it could still get boring after an hour or so of drawing cows doing odd things like riding surfboards or wearing hats, but maybe they could incorporate some sort of road trip games where you could battle against the other passenger window.