We got a hot mic here, hot mic

Home / Technology / We got a hot mic here, hot mic 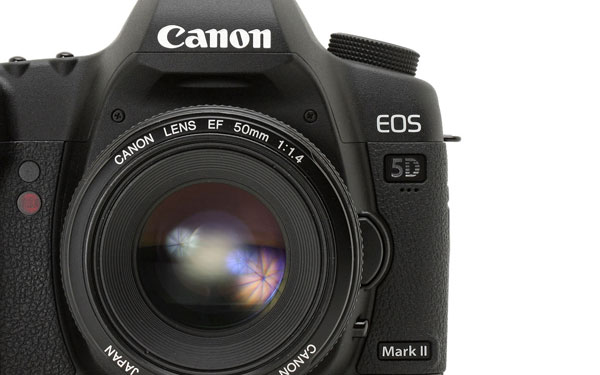 After a couple of years of working with footage shot on a Canon 5D Mark II, we here at CurrentMarketing have nailed down a workflow using Final Cut Pro (v.7, the REAL FCP, not the iMovie Pro being developed as we speak) and a toolset that has proven to be quite useful.

One of the drawbacks to shooting with the 5D is the inability to control the audio levels, which necessitates recording audio on an external recorder. We use the Zoom H4N recorder, with a Rode NTG-2 boom mic that gives us nice clean sound, but in an interview situation, with multiple cameras going, syncing up the audio with the video can be tricky. So to work around the tedium of matching audio to video frame by frame, we use Pluraleyes. Pluraleyes is a standalone application that examines open FCP sequences and syncs the audio and video for you, which comes in handy when you have multiple cameras across several interviews.

Another drawback to shooting with the 5D is the codec that the camera records to. H.264 is a flavor of the MPEG-4 standard and is not really a useful editing codec, due to its compression. Final Cut chokes on H.264 files (the new version of FCP allegedly edits the files natively, but really it transcodes the footage to another codec behind the scenes). Granted, Premiere Pro will edit the H.264 files natively, but Premiere is still like a brand new shoe – it’s useful and a lot like Final Cut 7, but it chafes all the same. So to edit the footage in Final Cut, we use two different programs to transcode the footage. MPEG Streamclip, which is a free, totally handy utility for processing videos, allows us to batch process the footage files. It is extremely fast and an excellent program. If we have the luxury of time, we also use 5DtoRGB, a really amazing transcoder that preserves the pristine quality of the original files. The only downside to 5DtoRGB is that since it doesn’t use Quicktime for the transcoding, it allows for a higher quality but takes a lot longer time to do so. So, mostly we transcode with MPEG Streamclip.

Still another drawback to the 5D is an inability to set timecode, which makes using script notes difficult, as each clip starts on 00:00:00;00. Our way around this is to use time of day for timecode. Once we transcode the footage, we then use a program called QTChange, that provides a pretty large toolbox to manipulate the files, such as changing the playback speed, changing the Reelname, resizing the file and deleting tracks. The most useful feature, however, is the ability to take the time of day of the original file and make a timecode track in the transcoded video. So, if your camera and the person taking script notes’ clocks are all set to the correct time, it’s much easier to find quotes in the script notes.