Why Lebron James is NBA’s MVP 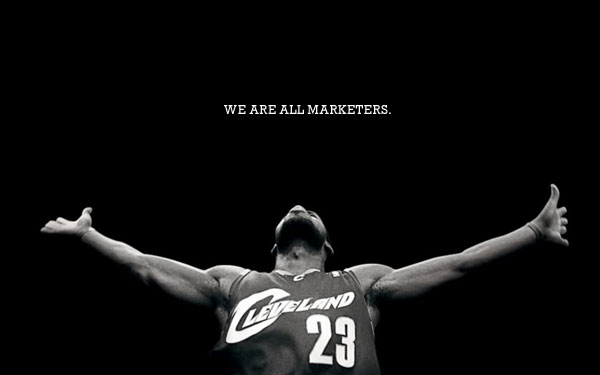 Although football is in full swing across the country, the NBA kicked off its 2010-2011 season with the much anticipated matchup between the Miami Heat and Boston Celtics. The game, which aired on TNT at 7:30 p.m. on TNT, averaged more than 7 million viewers  becoming the most-watched-regular-season NBA game of all time, according to Nielsen. Even the scorned fans of Cleveland tuned in to watch their former superstar, Lebron James, take the court as the game averaged a 10.6 household rating in Ohio.

Now, let’s rewind to this past July when Lebron James approached ESPN to air a evening television special for the superstar to announce which team he would play for in 2010. Sponsorships were sold for the special with proceeds benefiting the Boys and Girls Club of America. After James announced his intentions to play for the Heat, Nielsen estimated that more than 9 million viewers tuned in, making “The Decision” the third most watched cable program of the year to date.

At the time, I was one of the many sports fan who thought that the media hype surrounding Lebron’s free agency was ridiculous and made mockery of the league. Now, however, I have to admit that Lebron and the media cloud that follows his every move is the NBA’s most valuable resource both on and off the court.

In my opinion, the media hype surrounding Lebron’s departure from Cleveland was the best thing to happen to the NBA since Michael Jordan came out of retirement. All of this free publicity resulting from James has given sports fan a new reason to tune into the NBA. With the threat of an NBA lockout next season looming, an increase in ratings might help the league see the value of the players to the NBA brand.

The success of the tip-off game tells me as a marketer that the media hype surrounding the NBA this past off season might very well save the league. James may have never graced a college classroom, but  the young man is a marketing genius. Although he might be roughed up by journalists for his tactics and presumed arrogance, the NBA should be thanking Lebron James for making the NBA relevant once again through self-promotion.

At the ripe age of 25, James not only is one of the most talented basketball players in recent history, but also one of the most recorgnized brands of the last decade. James’s jersey is the second most popular selling jersey in the NBA. Nike, the company that produces the Lebron James branded tennis pays the superstar an estimated $13 million per year for his endorsement. In fact, James earns $28 million each year for endorsing such brands as McDonalds, State Farm and Bubbilicious.

What’s the lesson for us as marketers? Remember that the value of media is not always based on viewership, impressions or clicks. In this situation, Lebron James was not only raising money for children, but also helping reinvigorate the NBA. The result? The highest television ratings for the NBA since the 1998 season.

While Lebron James legacy on the court remains unknown, his talents as a marketer have not gone unnoticed. That is why he is basketball’s most valuable player both on and off the court. Now let’s see how things go tomorrow night with his return to Cleveland…