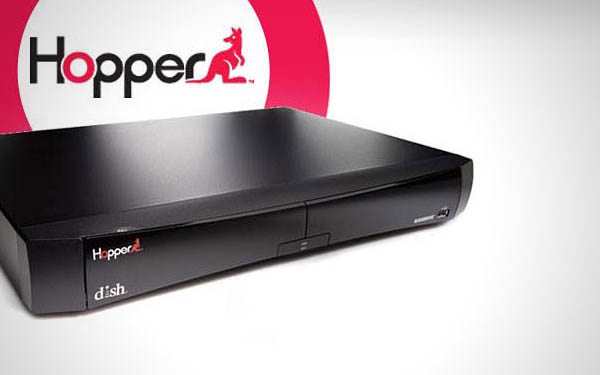 In May, Dish Network introduced its new Hopper DVR, which records the complete primetime schedules of the four major broadcast networks and allows users to watch the programming commercial-free the next day.

Unlike traditional DVRs, there’s no need to set recordings or fast forward through commercial breaks. Instead, the Hopper automatically records every minute of ABC, NBC, CBS and Fox primetime, then, using its “AutoHop” function, magically omits the commercials on the following day’s playback.

Predictably, the broadcast networks are none-too-happy about Dish’s commercial-nuking DVR, and thus far NBC, CBS and Fox have brought suits against the satellite TV giant, claiming that the Hopper unlawfully records their copyrighted programming and undermines their ad-supported revenue model. Fox went so far as to declare the Hopper DVR a “bootleg broadcast on-demand service” in its court filing, going on to warn that it “will ultimately destroy the advertising-supported ecosystem” of network television.

Though I don’t like sitting through commercials any more than the next slothful, sedentary, probably pre-diabetic 30-something, I see where the networks are coming from. After all, the standard DVR forever changed the landscape of TV advertising, making it harder than ever to reach commercial-skipping consumers, and the Hopper seems to makes things even more difficult — but will it?

According to a 2010 study by Nielsen, about 49% of DVR users watch their recordings on the same day as they air, which negates Dish’s ominous AutoHop function. Furthermore, the same study states that DVR users age 18-49 actually watch 44% more commercials than non-DVR users because they consume so much more programming.

So the question is, should ABC, NBC, CBS and Fox really be worried about the Hopper? Will DVR functions like AutoHop eventually render traditional TV commercials impotent and irrelevant — or worse yet, hop them into extinction?

What do you think?