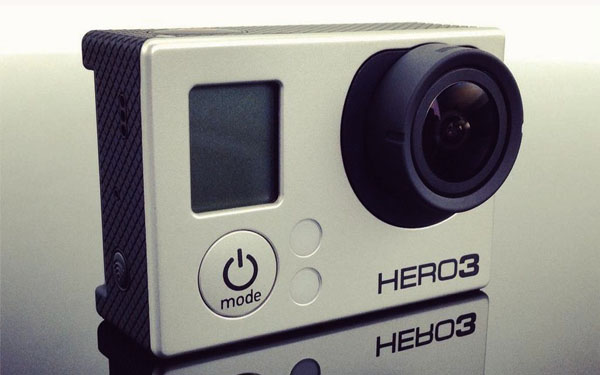 In the dead of night, after the 2nd presidential debate, GoPro quietly announced their new line of cameras that accelerate the race to the bottom: a compact digital video camera capable of shooting 4K footage! While not digital cinema quality, the Hero3 only shoots 4K at 12fps and can only use the wide angle mode, it’s still remarkable, especially considering the quality of the picture, and the size and versatility of the camera’s form.

The Hero3 comes in 3 versions, white, silver and black, with the black version as the mack daddy and the white and silver editions as the feature challenged, but still attractive cousins. The white and silver editions have few differences between them and the Hero2, other than reducing the size and weight of the camera and built in wifi. But for the Black edition, not only did GoPro make the Hero3 lighter and smaller, they have also made it possible to shoot full HD video at 24, 30 and 60fps – a considerable improvement over the Hero2, and an achievement that even Canon’s fancy DSLRs can’t do. And for only $399! On top of that, in 720p mode, you can shoot 120fps, which would still qualify as broadcast acceptable HD, and you can shoot at 3k at 30fps as well as 4k, although at the reduced 12fps. Still!

The $399 price point makes the idea of purchasing one just to play around VERY enticing. Just take a look at this video and you’ll see what I mean.