How do you hide a car? In plain sight, of course

Home / Creative / How do you hide a car? In plain sight, of course 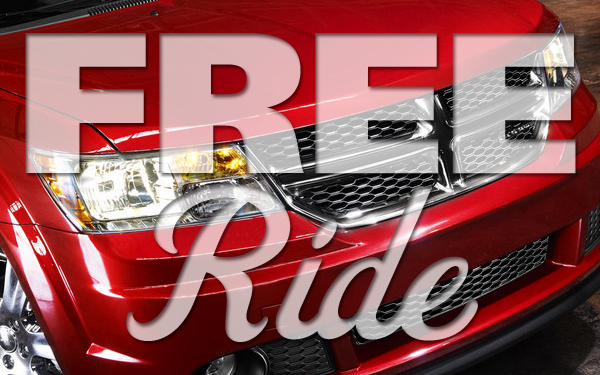 So, everyone loves free stuff, right? I usually get excited about free anything, but a free car? Sign me up!!!

What would you say if someone offered you a free car, but you just had to find it first? That’s exactly what Dodge did with their latest ad campaign to promote their Journey crossover SUV. I was mid commercial break when I realized the exciting concept Dodge was introducing. Working at a super creative agency, I’ve seen a lot of innovative ads, but Dodge definitely had me engaged with this one (the entire goal of advertising to begin with). For a minute, I actually debated on going on a cross country road trip for a chance to be this lucky winner!

In the commercials, Dodge let America know they would leave three sparkly, new SUV’s in undisclosed locations (basically in the middle of nowhere). If you wanted to find one, you just needed to catch the following Dodge commercials with subtle hints leading to the whereabouts of each car. Dodge was nice enough to narrow the three locations down to one in the West, one in the East, and one in the Midwest. Once found, a live camera would catch the entire happy ending all on tape!

After a month long build up of ads and clues, all three cars had been found – well, sort of! Come to find out only the campaign in the West was 100% success. A father/son duo from Nevada found the car hiding in California, just 16 hours after seeing the TV commercial air. This warm, fuzzy video was just the press coverage Dodge had in mind! Check it out!