In honor of Black History Month, Current360 is honoring Black pioneers in advertising and marketing, highlighting the achievements of entrepreneurs and bootstrap marketers who created new products for markets long overlooked.

To unlock a new market segment in any industry, one of the biggest challenges is to “think outside the box.” We’ve all heard it, but when you’re competing in an industry, the obvious strategy is to go head-to-head and outdo the competition, which is essentially playing follow-the-leader, and so thinking outside the box becomes just an aphorism. One way to create a new market segment is to look at the conventional wisdom of who your customers are and what they are looking for in your product, and then challenge it. One man who did that and changed an industry was Oscar Micheaux.

Oscar Micheaux was born in Metropolis, Illinois in 1887. As a young man he held jobs that were available to Black men at the time, shoe-shining and homesteading, but what he wanted to do was write. The big publishing houses wouldn’t publish books by a Black author, so Micheaux self-published his books and sold them door-to-door. In the early days of silent movies, however, Micheaux saw an opportunity to tell his stories to a much wider audience, largely in response to one particular film.

Back in 1915, Kentucky born director D. W. Griffith made one of the most important and controversial movies in film history, The Birth Of A Nation. This film is widely considered revolutionary because Griffith was the first filmmaker to put a camera on a moving truck, creating the first dolly shot; he was the first to add a closeup; and he introduced the concept of cross-cutting between scenes to create and amplify tension. These innovations created an emotional and dynamic form of storytelling that was missing from earlier movies. However, The Birth Of A Nation was also white supremacist propaganda, in which the villains of the film are Black freedmen, while the heroes are the knights of the Ku Klux Klan. Griffith’s film followed the racist convention of the time of casting white actors in blackface to perform as the villains because the conventional wisdom in white society at that time was that Black people could not act, or at best, should not. Black America, as you can imagine, was pretty outraged, as was Oscar Micheaux.

Micheaux saw film as a way to convert his stories and books to a much wider audience. The films being made were solely for white audiences, telling stories from an exclusively white point of view. What Micheaux realized was that there was an untapped market of Black moviegoers who wanted to see their stories on screen. He financed the films from Black investors and cast Black actors in all the major roles. He made at least 42 films between 1919 and 1948, almost all entirely feature length, averaging two per year, and in a creative sprint made four in 1927 and again in 1932. More amazing than the volume of creative output is the fact that, because Micheaux couldn’t secure distribution which was controlled by white men who saw no value in screening for Black audiences, he distributed the films himself. He spent months of those years, driving from town to town renting out movie theaters for the day, then plastering advertisements all over the Black parts of town for his films. His audience responded, and he was able to make a living doing this for almost 30 years.

On their face, Micheaux’s films are amateurish – unsophisticated and disjointed in their editing and wooden in their actors’ performances. At times, actors looked directly at the camera, had uncomfortable pauses as they seemingly searched their memories for lines, and occasionally bumped into props – problems that stemmed from his process. As an independent filmmaker and small business owner, Micheaux needed a steady stream of new content and had to balance time and budget with his output, so he would often shoot without rehearsal, a lot of times using only single takes. If the actors got all of their lines right, he would cut and move on. Film history is littered with work like Reefer Madness, Plan 9 From Outer Space or The Room, which are enjoyable for campy performances or ludicrous plots. There was even a TV show, Mystery Science Theater 3000, whose sole premise was nerds watching and making fun of bad movies in real-time. But you won’t see any of Micheaux’s films in that context. What set his movies apart was the material he covered that is still relevant to Black audiences today.

Micheaux’s films tackled subject matter like lynching, Blacks passing as whites, the link between social status and skin tone, interracial marriage, Blacks being arrested on trumped-up charges, and redlining, to name a few. His was a controversial style that spoke directly to Black moviegoers’ experience, and while the mainstream press largely ignored his work, Hollywood sat up and took notice. Movie studio executives saw the numbers of people who showed up for Micheaux’s movies, eager to see themselves portrayed on screen, and began casting Black actors, primarily as domestic help, criminals, or comic relief. Slowly but surely, the studio system recruited the top Black talent in the day, and ate away at Micheaux’s audiences with its high production values, casting Black actors in starring roles in musicals and high budget “race pictures”. As Micheaux’s health and audiences dwindled, he went bankrupt and died in 1951, and Black actors were largely relegated to playing secondary characters in white stories.

Despite his death, Oscar Micheaux had kicked open a door that never quite shut and created a whole new market in the entertainment industry that went underserved until the 1970s. You can draw a direct line from Oscar Micheaux’s independent films to the work of Gordon Parks, Jr., Spike Lee, Ava Duvernay, and Barry Jenkins – Black filmmakers telling Black stories with Black audiences in mind, except that today’s Black stories have a much wider audience. And even the major studios have finally come around. Although it took almost 100 years after Micheaux released his first film, Hollywood finally released an A-list movie with a primarily Black cast, Black producer and Black director – The Black Panther, which went on to become one of the highest-grossing films of all time. 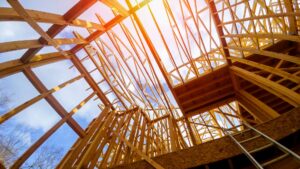 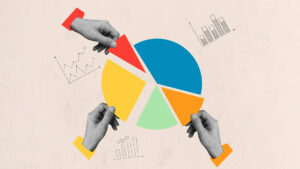