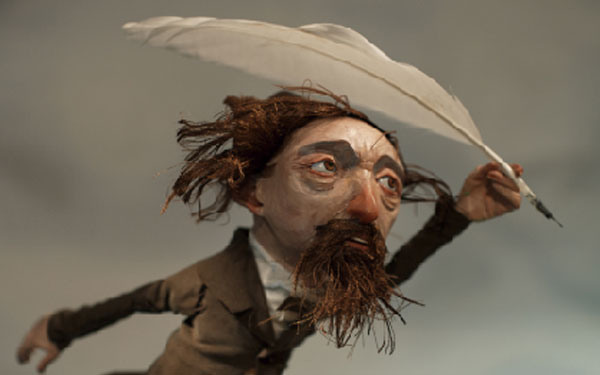 I originally joined the LGDA to make connections and gain free admission to the  interesting presentations and events they bring to the area.  I’ve been a member for a little while now and so far the most exciting thing I’ve seen is Helvetica, which surprisingly enough, I really enjoyed.

Since then they’ve hosted a handful of other events, but nothing that really got my attention.  Then the other day I received a mailer for their next show coming March 3.  They will be hosting Chris Stickels, who works under the studio name Red Nose Studios.  This guy’s stuff is awesome and I’m really excited to have the chance to see some of his work in person.

The imagery that Stickels creates is completely unique and inspiring to me.  Stickels hand-carves figures and creatures, paints them brilliantly, and places them into a scene that is as painstakingly detailed.  He then (I assume) photographs these scenes for multiple different illustrative uses.  His level of creativity is on the next level.

I’ve always loved illustration, whether created as a simple charcoal drawing or something more unorthodox such as the work that comes out of Red Nose Studio.  I guess the only other thing I can say about Chris Stickel’s work is that it makes me want to be more creative.  It inspires me.

If you have a minute, check out Red Nose Studios.