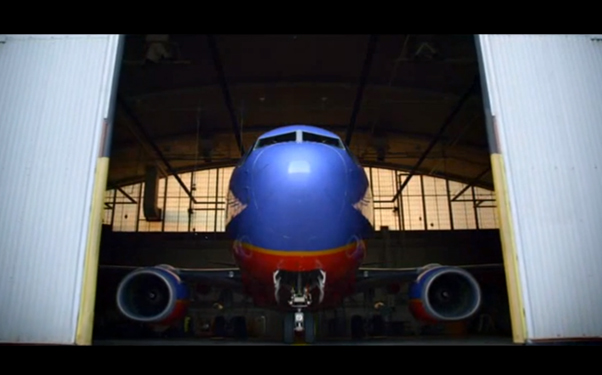 March Madness might be my favorite time of the year. I love watching the small schools upset the traditional favorites by imposing their own personality and style of play. So, like many others, I’m tuned in for the full three weeks of the tournament.

This means I get to see a lot of great basketball. It also means that I’m forced to endure those one or two spots that seem to run during each and every commercial break.

Who can forget the mind-numbing “Na-Na-NAPA know-how” song from a few years back, or the pompous double-daters spouting off, “Hey, man, that’s Spandau Ballet,” during last years tournament? Unfortunately, no one can.

To me, this year’s choice for most annoying commercial went to Southwest Airlines. But it’s not because I was forced to watch it so frequently. Actually, the spot was incredible tolerable in spite of its repetition. It was beautifully shot, featured an inspiring message and even included a catchy, popular song.

And it’s not because the technique has become familiar. To be honest, the first time I watched the spot, I was reminded of the well-produced KentuckyOne Health campaign that has been running for the past year or so. Or the Australian tourism ad that received acclaim a few years before that.

The Southwest spot bothered me so much because it completely deviated from the brand they had spent so much time and money cultivating. And, if you believe the voiceover in their new spot, it’s a brand that has been highly successful: “America’s largest domestic airline.” Just a few years ago, they were stuck firmly behind Delta Air Lines in that category.

So why the change?

Southwest’s appeal was that it never took itself too seriously. They had personality in an industry that had become cold, corporate and completely focused on the bottom line. Baggage handlers became heroes. Flight attendants showed irreverence. And passengers – even though they were fully aware they would be receiving budget service – bought in whole-heartedly.

Now Southwest comes across as slick, generic and filled with fluff. Even the new tagline, Welcome aboard, lacks any playful appeal.

Like I said, the new spot is nice. But it would be nice for any airline – or any service provider, for that matter – that has the money to spend and a hollow message to spread.

It’s just not the Southwest brand that I’ve admired. Worse yet, it feels like the once exciting underdog who knocked off the airline’s top seeds has abandoned the style of play that got them to the big dance.