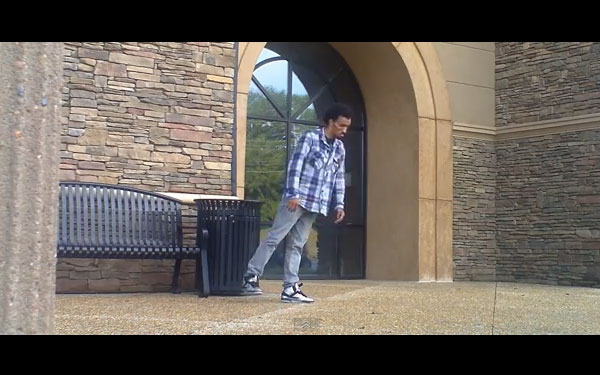 It’s hard to believe that a whole year has passed since I unveiled my first-annual list of YouTube Faves. Even more astounding is the fact that in 2011, YouTube users sent more than 25 million hours of coning, kitten and crotch-trauma footage out to pasture on the YouTube server farm, nearly doubling the total for 2010.

Needless to say, the flood of new content made it tougher for me to pick my three favorite videos of the year, so to make things a bit easier, I narrowed my focus strictly to vids showing human beings performing extraordinary feats of artistic mastery!

Below I’ve assembled a triumvirate of YouTube awesomeness showcasing some elite talents in the arts of dance, music — and Photoshop. So, without further adieu, let’s burn a few minutes on YouTube!

I might be a lowly copywriter, but I can definitely appreciate the mad Photoshop skillz seen here. In this time-lapse video, the artist creates a true-to-life portrait from scratch without a brush in sight. Pump up the volume for a distracting Russian-pop soundtrack!

#2 — Ben Lacy: The best guitar player in Kentucky (and possibly the world).

Ben Lacy has tons of great vids on YT, but this rendition of Queen’s “Crazy Little Thing Called Love” will give you a good idea of what he can do. A guitar player/teacher from Lexington, Ben can play drums, bass, guitar and vocal lines on guitar — all at once.

By far the most viewed of our trio, this mesmerizing entry features a man who seems to dance in slow motion. While I’m no authority on dubstep dancers, this fellow has to be one of the best. His mastery of rhythm and body control, dare I say, rivals even mine.

So, I hoped you enjoyed perusing my YouTube Faves of 2011. It was tough to pare down the list, but after poring over tens of thousands of videos, I feel confident with my selections. That said, there are many more incredible feats of man documented on YouTube, and I encourage you to forward along a few of your faves!