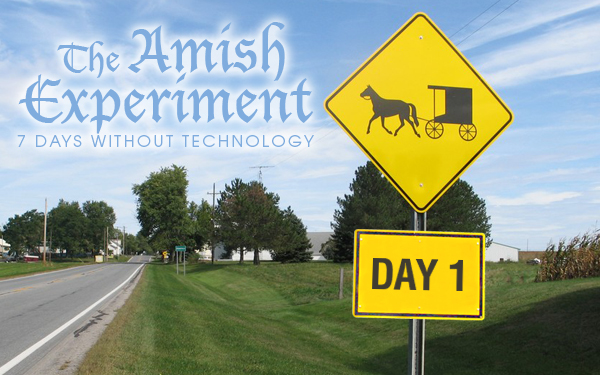 Because I’m not careful about what I say on this blog, I backed myself into a bit of a corner when I was challenged by our VP of Message Deployment to put up or shut up: spend the next 7 days without the joys of modern technology, and then write about it. No internet. No cable TV. No mp3s. No TiVo.  This was a bad idea.

We’re 12 hours into this thing, and already it has turned dangerous. The buzz around the office started around 10am.

“There are some pretty nasty-looking storms coming. Have you seen the radar, Jim? Oh, sorry. Anyway…it looks bad.”

As I back up my client files, I tell myself, “Just take a quick peek at weather.com. Nobody will know. Hell, half the company is already in the basement.” But I didn’t, because a promise is a promise, even if it is only to myself. So I spent the next 45 minutes huddled in the basement, fighting the urge to look over someone’s shoulder at a smart phone or a laptop. I figured that once the drama of the storm passed, so would the temptation to end this little experiment before it really even started.

I’m a creature of habit and breaking the rituals of daily office life was the hardest part of day one. More than once, I caught myself opening a browser window to check my Yahoo mail, or reaching for my headphones to fire up iTunes when WFPK wasn’t hitting the spot. And the evening didn’t get any easier. I thought I’d have a little respite, since Glee was on. 60 minutes of bad, auto-tuned covers and racy (for 8pm network TV) double entendres. But it was the Rocky Horror episode, and 10 minutes in, I’m reaching for the iPad because I couldn’t remember if it was Barry Bostwick or Bruce Boxleitner who played Brad in the movie. (It was Bostwick, but I still would know that if he didn’t have a cameo in the show.) This makes me think that having the World Series to distract me won’t make tonight any easier. Not knowing where Cody Ross played his college ball is going to drive me crazy.

Things I missed out on today: Instant storm coverage, Monday’s Letterman on the TiVo (Baba Booey and Charles Barkley), the audience participation parts for Rocky Horror (so I could play along with Mr. Shue and the gang.)