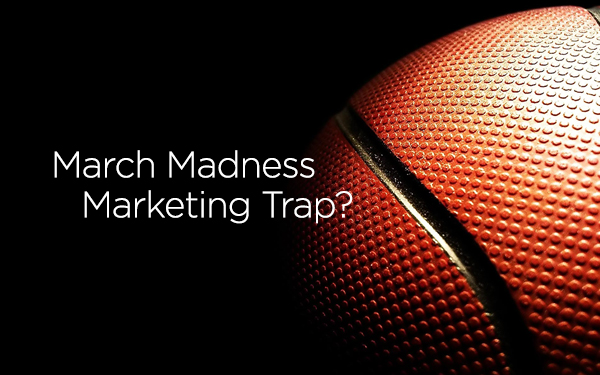 Thirty-one years ago a four-year-old Mark Neu tuned into the “Dream Game.” This week the NCAA basketball tournament gods have once again brought us, what some are calling, “Dream Game II.”  The original dream game—played in 1983—featured Louisville and Kentucky men’s basketball teams—a matchup that hadn’t gone head-to-head in twenty-four years. I was able to harness the power of YouTube and look back at the interviews of Coach Crum and Coach Hall along with all the media hype that fueled even greater during this basketball rivalry.
Now, flash forward to the year 2014. Louisville and Kentucky play the annual “Battle of the Bluegrass” and have most recently met in the NCAA Tournament during the 2012 Final Four. Though familiarity now exists between the basketball teams, the flames of this historic rivalry remain white hot.
I believe in the power of incorporating sports marketing as a part of a marketer’s annual advertising plan. When done correctly, an advertiser’s brand can tap into the raw emotion of a local team’s fan base. However, as the paying advertiser, you need to control either the allegiance or distain felt for the team with which you are looking to align your brand.
This week, I have been bombarded with advertising packages to align my clients’ brands with Friday night’s “Dream Game” sequel.  While I—a HUGE sports fan—have bought into the media hype, I’m hesitant to purchase television or radio packages for my clients. Yes, the television rating for this game is going to be tremendous, but not as great as one might think. I’ll even go on the record and predict that the HH rating for this game will be at a 49. As a reference point, even with the NCAA National Championship game played on a Monday night, the 2013 Louisville national championship achieved a 54 and the UK national championship achieved a 51. One little wrinkle to the rating this time around is that the “Dream Game II“ will be played on Friday night.  And, since this game will kickoff the weekend, I’m predicting many fans will be viewing it at their favorite local watering hole—for which viewership is not calculated into the rating.
The packages that I have been presented are at a substantial cost, rightfully so, due to both the increased viewership and listenership. However, I cannot justify expenditure for this one-time event. The package costs that have come across my desk would allow any of my local advertisers the opportunity to place approximately a quarter’s worth of spots on that particular station. Though this thought process flies in the face of brands’ advertising during the Super Bowl, keeping perspective for my local clients is key.  Bud Light, GoDaddy.com, Coke and Pepsi’s budgets are 1000x greater than any of my local clients with a goal to reach the masses branding new product launches.
My local advertisers need to concentrate on more immediate ROI because advertising during one basketball game, no matter how important to both fan bases, will not achieve long-term sales growth. Therefore, I implore local advertisers to get caught up in the hype as a fan but be cautious with their advertising dollars.